Adnan Januzaj returns to Old Trafford having barely played in the Bundesliga with both Manchester United and Borussia Dortmund agreeing it was in the player's best interests to end the arrangement. 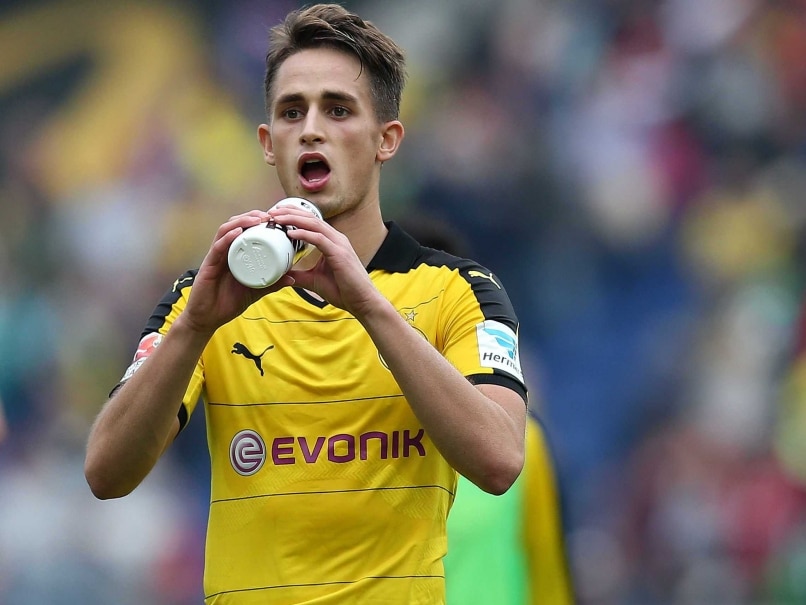 The 20-year-old Belgium international returns to Old Trafford having barely played in the Bundesliga with both clubs agreeing it was in the player's best interests to end the arrangement. (Manchester United's Adnan Januzaj Included in Belgium Squad)

"He has returned to Manchester in order to clarify the details."

Januzaj is understood to have stayed in Manchester over Christmas and was in the directors' box for United's home game against Chelsea on December 28.

United have until Friday to register him for Saturday's FA Cup third-round tie against Sheffield United, although Louis van Gaal may decide to ease the forward back into the first team set-up after a couple of games for the under-21 side instead.

Januzaj has not played since Dortmund's 1-0 defeat to PAOK Salonika on December 10. He started only three matches - all in the Europa league - his Bundesliga appearances all coming from off the bench.

United will not be able to loan the Belgian out again as he has already played for the Red Devils this year and FIFA rules state players are not allowed to play for more than two clubs per season.

Van Gaal had warned Januzaj last year he was taking a risk by joining Dortmund, rather than a lower-profile club where he would have been guaranteed to play more.

"In a club like Borussia Dortmund, all the players there are also of a certain level and I said in advance 'that's a big risk for you because you have to compete with other players of a higher level' and that is not so easy," the United manager said in November.

Comments
Topics mentioned in this article
Manchester United Borussia Dortmund Adnan Januzaj Football
Get the latest updates on IPL 2020, check out the IPL Schedule for 2020 and Indian Premier League (IPL) Cricket live score . Like us on Facebook or follow us on Twitter for more sports updates. You can also download the NDTV Cricket app for Android or iOS.