After winning the Ballon d'Or for the sixth time, Lionel Messi said he is aware of how old he is and that retirement is approaching. 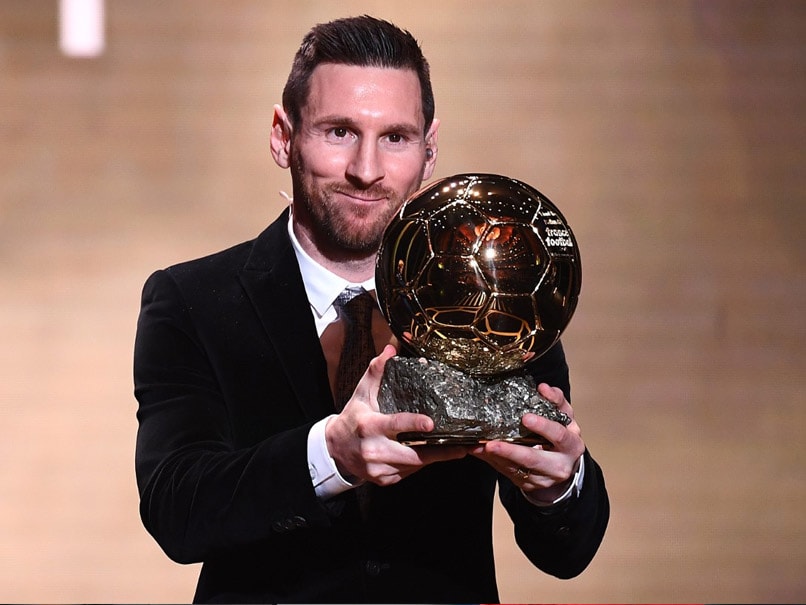 Lionel Messi said he is aware that his "retirement is approaching". After winning the Ballon d'Or for the sixth time, Messi was quoted as saying by Goal.com, "I'm aware of how old I am. And I enjoy these moments so much because I know that retirement is approaching. Time flies."  The 32-year-old has now gone past Portugal's Cristiano Ronaldo to win the most number of Ballon d'Or awards. Ronaldo has won it five times while Messi scripted his sixth win.

Messi said his future in the sport depends on how he feels physically.

"I hope, God willing, that I keep playing for many more years. I'm now 32, though, and will be 33 at the end of the season, so, as I said, everything depends on how I feel physically," he said.

"Right now I feel better than ever on a physical and a personal level, and I hope I can go on for a lot longer," Messi added.

Cristiano Ronaldo Virgil Van Dijk Football
Get the latest updates on Fifa Worldcup 2022 and check out  Fifa World Cup Schedule, Stats and Live Cricket Score. Like us on Facebook or follow us on Twitter for more sports updates. You can also download the NDTV Cricket app for Android or iOS.