Atletico Madrid have won all of their opening three La Liga games and move five points clear of Barcelona. 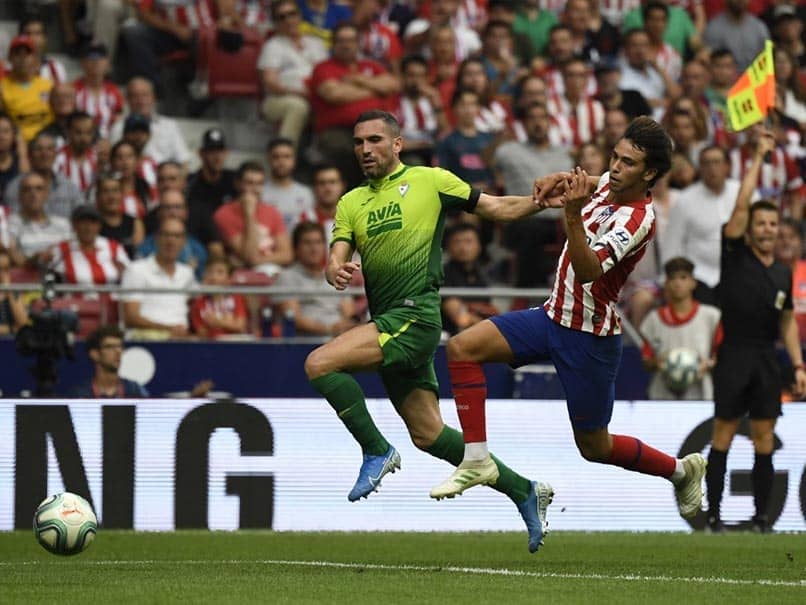 Joao Felix scored his first goal for Atletico Madrid as Diego Simeone's side came back from two goals down to beat Eibar 3-2 on Sunday. Thomas Partey's 90th-minute winner at the Wanda Metropolitano means Atletico have won all of their opening three La Liga games and move five points clear of Barcelona. Eibar looked set to pull off an upset when Charles and Anaitz Arbilla put them two in front inside 20 minutes.

But Felix, who joined from Benfica for 126 million euros ($136 million) in July, tucked in Costa's cut-back before Vitolo equalised and Thomas completed the turnaround with a brilliant late finish.

Simeone celebrated by leaning back, pumping his firsts and roaring towards the crowd, with belief growing that Atletico can beat both Barca and Real Madrid to the title this season.

Felix could be key and the 19-year-old will be glad to have got off the mark, his partnership with the returning Diego Costa also offering room for encouragement.

Yet Atletico, who had not let in a goal in either of their opening two matches, conceded twice in 19 minutes, the first time that has ever happened in a league match at home under Simeone.

First, Pedro Leon pulled back for Fabian Orellana to cross and Charles drifted behind Jose Gimenez to head Eibar into the lead.

Costa fluffed a finish from six yards after good work by Renan Lodi down the left before Eibar made it two.

Atletico were guilty of poor defending, three times failing to clear, and then bad luck, as Arbilla's shot took a cruel deflection off Marcos Llorente on its way in.

They hit back before half-time through Felix, even if it was Costa that did most of the work. He powered through and when his pace slowed, his strength took over, barging Sergio Alvarez out of the way before squaring for Felix.

Atletico ended the half the stronger and equalised seven minutes after the restart.

The move began with the crowd yelling at an unknowing Gimenez to turn for a pass from Jan Oblak and ended with the impressive Lodi playing in Vitolo, who poked past Marko Dmitrovic.

With the majority of the half to play, Atletico would have fancied a winner but twice Costa had goals ruled out for offside and they had to wait until the 90th minute for it to come.

Saul's deflected pass was collected by the heel of Thomas, who then nicked the ball ahead of Ivan Ramis. All that was left was to smash it into the net.