Jose Mourinho revealed how he skirted a touchline suspension on the eve of the 2005 quarter-final against Bayern Munich. 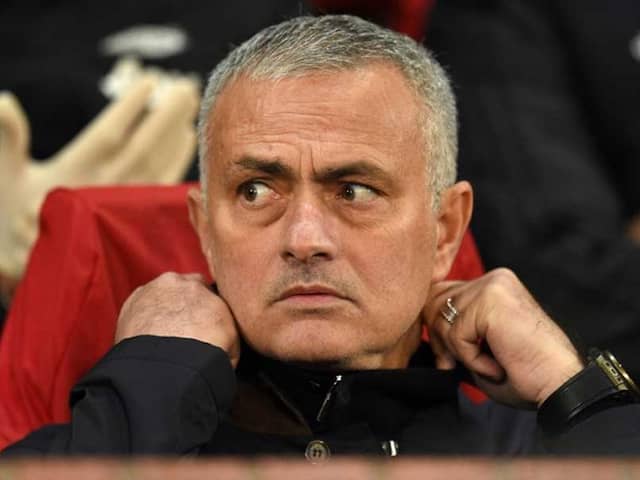 Jose Mourinho was sacked by Manchester United in December.© AFP

Jose Mourinho admitted that he once got round a two-match ban by hiding in a laundry basket so he could give a team-talk before a Champions League match. Mourinho, sacked by Manchester United in December, told BeIN Sports on Saturday how he skirted a touchline suspension on the eve of the 2005 quarter-final against Bayern Munich by getting the Chelsea kit man to help him stow away in the basket. "I go to the dressing room during the day so I was there from midday and the game is seven o'clock. I just want to be in the dressing room when the players arrive," the 55-year-old recalled.

"I went there and nobody see me. The problem was to leave after. And the kit man put me in the basket. It was a little bit open so I could breathe.

"But when he is taking it outside the dressing room, the UEFA guys were following and desperate to find me so he closed the box and I couldn't breathe. When he opened the box I was dying."

Mourinho claims modern footballers have such fragile egos that one Manchester United player asked the Portuguese coach not to criticise him in front of his team-mates.

Publicly criticising United stars including Paul Pogba and Luke Shaw and feuding with others behind the scenes, Mourinho lost the dressing room and has since blamed the attitude of his squad for the fall-out.

Mourinho revealed he was stunned to be approached by an unnamed United player over his treatment of him.

"I had recently one of my players, I was just coaching them, and when I coach on the pitch I like to see myself free because I am in family and I want to be able to criticise everyone," Mourinho said.

"I had one player say, he was very polite and not confrontational, 'Please when you criticise me, can you do it in private?'.

"I said why and he said, 'Because it's my stature in front of the other players, when you criticise me I don't feel comfortable'.

"He was one of the top players of his generation. Nowadays you have to be very smart in the way you read your players and their personalities."

While former Chelsea boss Mourinho didn't name the player he was talking about in the incident, he did mention Stamford Bridge legend Didier Drogba as a prime example of a player who responded well to being criticised.

Bayern München Jose Mourinho Football
Get the latest Cricket news, check out the India cricket schedule, Cricket live score . Like us on Facebook or follow us on Twitter for more sports updates. You can also download the NDTV Cricket app for Android or iOS.