The Italian media has fuelled the dreams of Serie A fans by reporting this summer that Lionel Messi's father Jorge had bought an apartment in Milan. 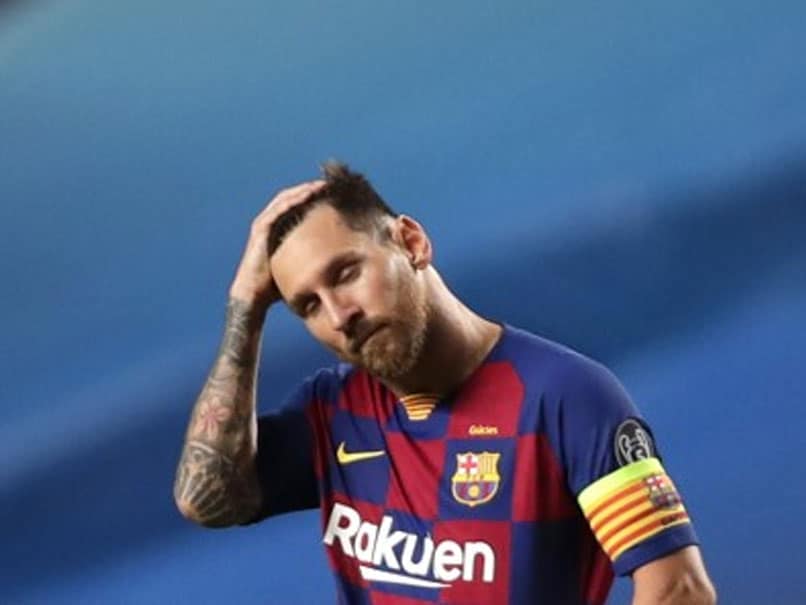 The notion of Lionel Messi resuming his rivalry with Cristiano Ronaldo is appealing.© AFP

While some Serie A clubs are eyeing Lionel Messi longingly, their mantra as they prepare for the transfer window is "financial prudence". The notion of Messi resuming his rivalry with Cristiano Ronaldo is appealing. And Italy offers possible tax advantages for Messi, who has had issues in that area in Spain. The Italian media has fuelled the dreams of Serie A fans by reporting this summer that his father Jorge Messi had bought an apartment in Milan. In recent seasons, even the top Serie A clubs have generally avoided competing in the transfer market with the wealthiest clubs in Spain, England and France and the coronavirus crisis has many clubs insisting they will be even more careful.

Italian clubs value experience and, at 35, Ronaldo, one of the few stars to arrive from abroad for a big fee in recent seasons, will remain the headliner at Juventus.

But the club have recognised that before they set off in pursuit of a 10th consecutive title they need to rejuvenate an ageing squad.

They have brought in 41-year-old Andrea Pirlo for his first head coaching job and acquired 24-year-old Brazilian Arthur from Barcelona in a deal which saw 30-year-old Miralem Pjanic go the other way, covering nearly all of the theoretical 72-million-euro ($86-million) fee.

They are reportedly trying to usher out 33-year-old Sami Khedira and 32-year-old Gonzalo Higuain.

Higuain, whom Juve snatched from Napoli in 2016 for 90 million euros, reportedly wants a payoff to cover the final year of his contract before leaving.

Yet, proving that experience still counts for the Bianconeri, 34-year-old Roma centre-forward Edin Dzeko has reportedly been targeted to replace Higuain.

Also in the veteran category is Zlatan Ibrahimovic, at almost 39, who has signed for another season with AC Milan.

Deprived of the Champions League since 2014, the club sees him as a mentor for a talented young generation which finished the season in style with a 12-match unbeaten streak in the league.

"I'm not here to be a mascot, but to help the club get back to where it deserves to be," said Zlatan, who returned on Saturday to prepare for the new season, which starts on September 19.

The highly sought-after and talented 20-year-old Sandro Tonali of Brescia could be part of Milan's rebuilding.

As for Inter, who chased Juve home last season, the aim is to strengthen the midfield, where Christian Eriksen, who arrived cheaply in January from Tottenham, has not so far been the answer.

Antonio Conte, a manager with a reputation for seeking players who can deliver at once, is reportedly looking for experience in midfield and Italian media have mentioned 33-year-old Chilean Arturo Vidal of Barcelona and 29-year-old N'Golo Kante of Chelsea.

Both Atalanta and Lazio, third and fourth last season, are banking on continuity.

Lazio on Monday extended the contract of last season's Serie A top scorer Ciro Immobile, who is 30, until 2025.

In this generally cautious market, Napoli, desperate to return to the Champions League, have made the biggest splash, signing Nigerian striker Victor Osimhen from Lille for a fee of up to 80 million euros.

But that means Napoli must sell and they have agreed to allow Brazilian midfielder Allan to join Everton. Senegalese defender Kalidou Koulibaly could soon follow to England.