Lionel Messi and Cristiano Ronaldo had last missed out on the Champions League semi-finals in the 2004-05 season when Liverpool managed to register a memorable win against AC Milan in the final. 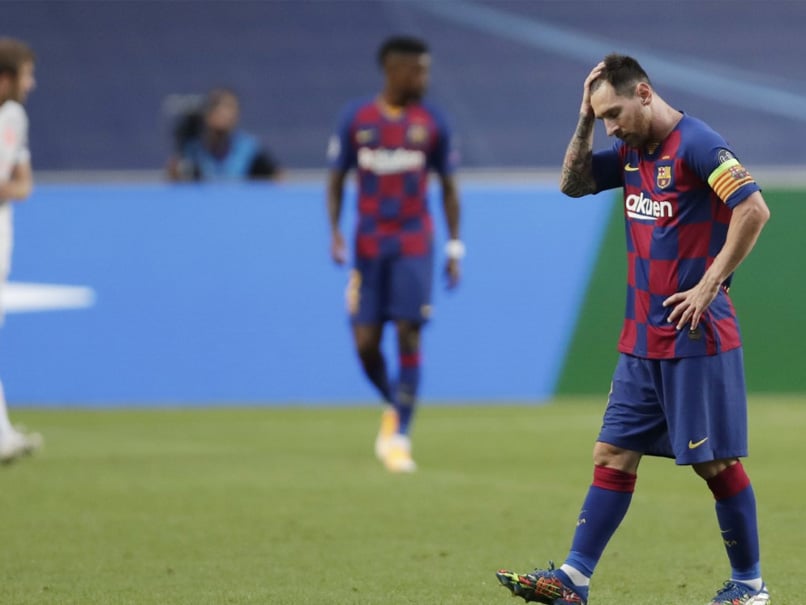 For the first time in 15 years, both Lionel Messi and Cristiano Ronaldo will be missing the semi-finals of the Champions League. Juventus featuring Ronaldo was knocked out of the 2019-20 Champions League after it fell short on away goals in the round-of-16 match against Lyon. On Friday, Messi's Barcelona was knocked out of the tournament after suffering an 8-2 hiding against Bayern Munich in the quarter-finals.

Messi and Ronaldo had last missed out on the Champions League semi-finals in the 2004-05 season when Liverpool managed to register a memorable win against AC Milan in the final.

For the first time since 2006-07, no Spanish side will also be a part of the final four of the Champions League, Goal.com reported.

Messi and Ronaldo, among them, have won 11 Ballon d'Or trophies. The Argentine striker Messi has won the top prize in football six times, while the Portuguese has won it five times.

Messi, who has won Champions League four times, last won the tournament during the 2014-15 edition.

Ronaldo has won the Champions League five times (four with Real Madrid and one with Manchester United).

In the semi-finals of the 2019-20 Champions League, Bayern Munich will face the winner of the match between Manchester City and Lyon.

In the other semis, Paris Saint-Germain will face RB Leipzig.

Ronaldo managed to win the Serie A this season as Juventus finished at the top of 2019-20 season, while Messi failed to win any trophy.

Barcelona finished at the second place in the 2019-20 La Liga standings, as Real Madrid won the title.

Cristiano Ronaldo Football
Get the latest updates on India vs Australia and check out  Schedule, Results and Live Score. Like us on Facebook or follow us on Twitter for more sports updates. You can also download the NDTV Cricket app for Android or iOS.