Barcelona had announced that Miralem Pjanic had tested positive for coronavirus after feeling "a little unwell", adding that he was in "good health" and self-isolating at home. 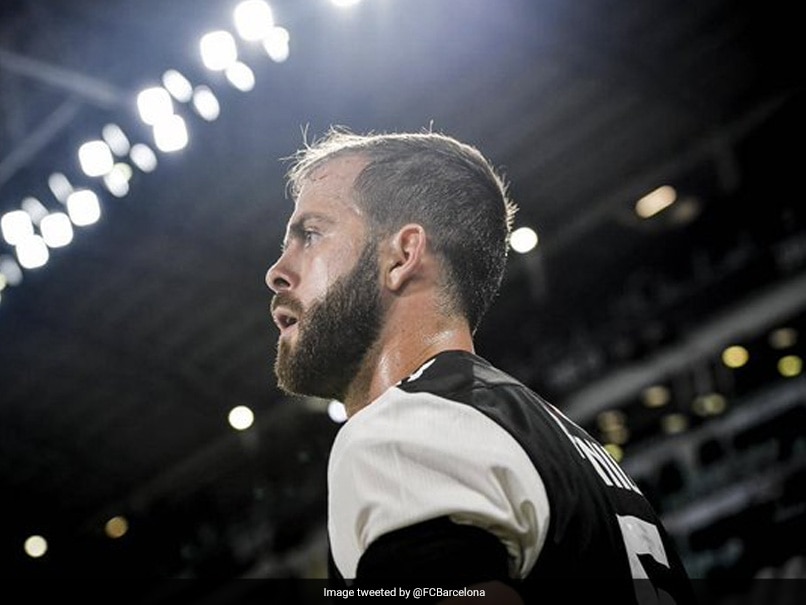 Miralem Pjanic said he is "fine" after his new club revealed he had tested positive for coronavirus.© Twitter

Barcelona midfielder Miralem Pjanic, who joined from Italian champions Juventus this summer, said on Sunday that he is "fine" after his new club revealed he had tested positive for coronavirus. "Fortunately, I am fine and asymptomatic," Pjanic wrote on Instagram. "But if there's something I've learned, it's that we must never take anything for granted, not even the things we think of as being the most normal. "The lives we are living now teach us that." Barca had announced earlier on Sunday that Pjanic had tested positive after feeling "a little unwell", adding that he was in "good health" and self-isolating at home.

Pjanic will "not be travelling to Barcelona for 15 days, when he will be expected to report for duty with the FC Barcelona team," Barca's statement said.

The Bosnia international, who is reported to be on holiday in Italy, will therefore miss the start of pre-season training on August 31 under new coach Ronald Koeman.

Pjanic, 30, was signed in June by Barca for 60 million euros ($70.7 million) as part of an arrangement which saw Brazilian midfielder Arthur move in the opposite direction for 72 million euros.

He is the third Barca player to test positive for COVID-19 following French defensive pair Samuel Umtiti and Jean-Clair Todibo.

Juventus Miralem Pjanic Football
Get the latest updates on India vs Australia and check out  Schedule, Results and Live Score. Like us on Facebook or follow us on Twitter for more sports updates. You can also download the NDTV Cricket app for Android or iOS.