Luka Modric spoke about how he would always carry his football and organise games in underground shelters during the Croatian War of Independence. 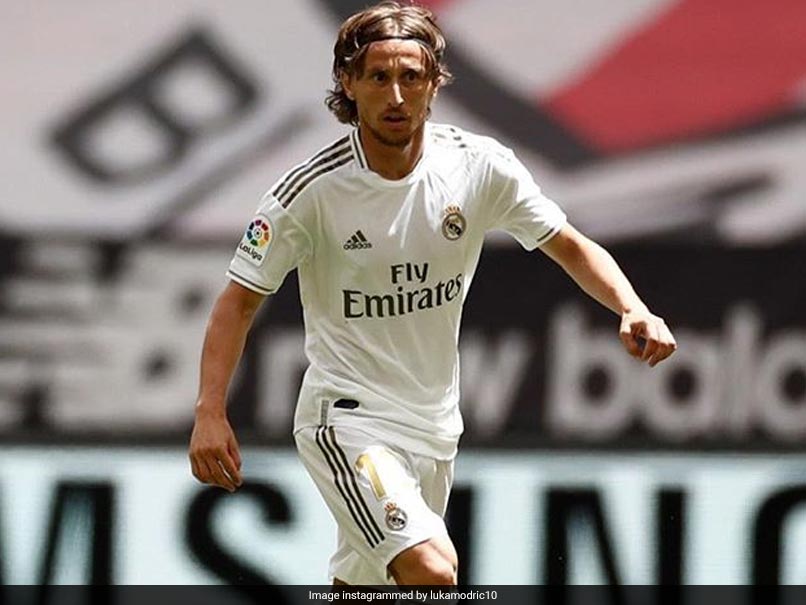 Luka Modric has been a key part of the Real Madrid side that dominated in Europe in the last decade.© Instagram

The alarms are ringing and Luka Modric is running because soon the bombs are coming. He is eight years old, wearing full kit and boots, and he has a football under his arm. When he arrives at the underground shelter, the rest of his team-mates jogging in behind him, he has to wait. Sometimes minutes, often hours and occasionally overnight, sleeping on the floor and staying until it was quiet, meaning it was safe to go outside. But Modric still had the ball.

"I was with it all the time," he tells AFP in an exclusive interview. "When I went to the shelter I took it with me and I played with my friends, with everyone. I organised games. It meant everything to me."

The Croatian War of Independence forced his family to leave their home just outside Zadar in 1991 but in the Hotel Kolovare, where they lived for seven years, Modric still played.

"I broke so many windows at the hotel and of people's cars, everyone was always mad at me," he says. "My father had to pay for it," he grins. "It was expensive."

Football offered an escape. "I remember the fear," he says. "We played football and the alarms went off. It was normal."

Two decades later and still nobody can get the ball off Modric, Real Madrid's dancing playmaker, who can twist away from an opponent or wriggle through them, a midfield metronome described by his Croatian team-mate Ivan Rakitic as "one of the best ever in his position".

Modric writes in his autobiography, 'My Game', which came out last month, that he is calm, obedient and "fears nothing". He says is "shy but not afraid".

Asked what his favourite thing is to do on a football pitch, he beams, knowing the answer is unexpected for someone of his size. "Tackle!"

Recognition did not come automatically for the player voted Real Madrid's worst signing of the season at the end of his first year. He faced criticism coming through the ranks at Dinamo Zagreb too.

"There was always a lot of doubt around me - about my quality, my style, my physique," Modric says. "They said I was too weak to make it to the top but it didn't affect me. It motivated me more.

Croatia Football
Get the latest updates on IPL 2021, check out the IPL 2021 Schedule and Indian Premier League Live Score . Like us on Facebook or follow us on Twitter for more sports updates. You can also download the NDTV Cricket app for Android or iOS.