Defending champions Spain won the FIFA U-17 Women's World Cup with a 1-0 victory over first-time finalists Colombia in the summit clash on Sunday. 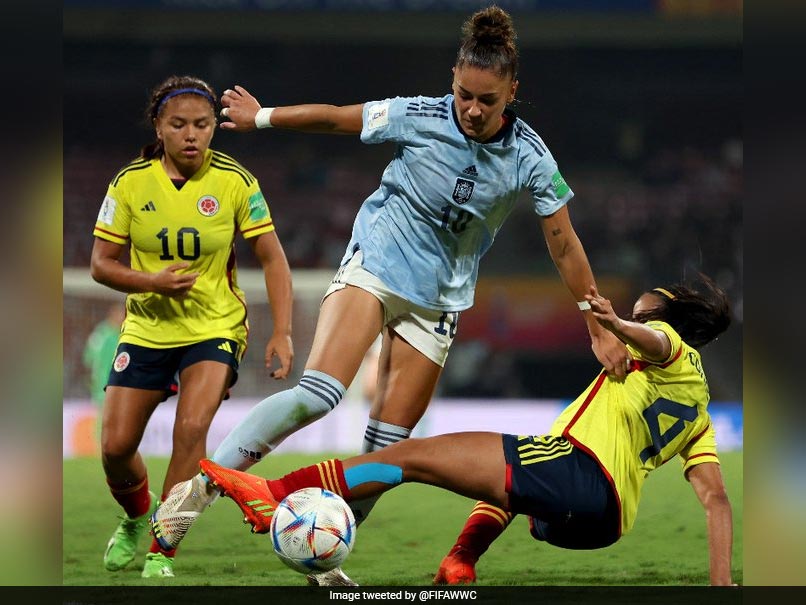 Spain defeated Colombia 1-0 in the final of FIFA U-17 Women's World Cup.

Defending champions Spain won the FIFA U-17 Women's World Cup with a 1-0 victory over first-time finalists Colombia whose campaign ended in a heartbreak after an own goal in the summit clash in Navi Mumbai on Sunday. Spain emerged the winners after an own goal by Colombian defender Ana Maria Guzman Zapata in the 82nd minute of the final at the DY Patil Sports Stadium. FIFA president Gianni Infantino, alongside top officials from the Asian Football Federation (AFC) and All India Football Federation (AIFF), was in attendance at the venue as Spain eked out a solitary goal win and retained the title they also claimed in 2018.

Spain took the lead with Cristina's goal, when she scored off the rebound after the Colombian goalkeeper had stopped it the first time. However, the score remained 0-0 as the goal was disallowed by a VAR review. It ruled that Cristina had touched the ball with her hand.

The two teams also met in the group phase, with Spain winning 1-0. This was European giants Spain's second title.

In the third-place classification match, Nigeria beat Germany 3-2 on penalties.

Two missed penalties by Germany's Paulina Platner and Loreen Bender and a save by goalkeeper Omilana Faith off Paulina Bartz's shot paved the way for Nigeria's first-ever medal in the tournament.

Hosts India failed to clear the group stage after losing all their three matches.