Europa League: Manchester United's Away Tie Against Real Sociedad To Be Played In Turin 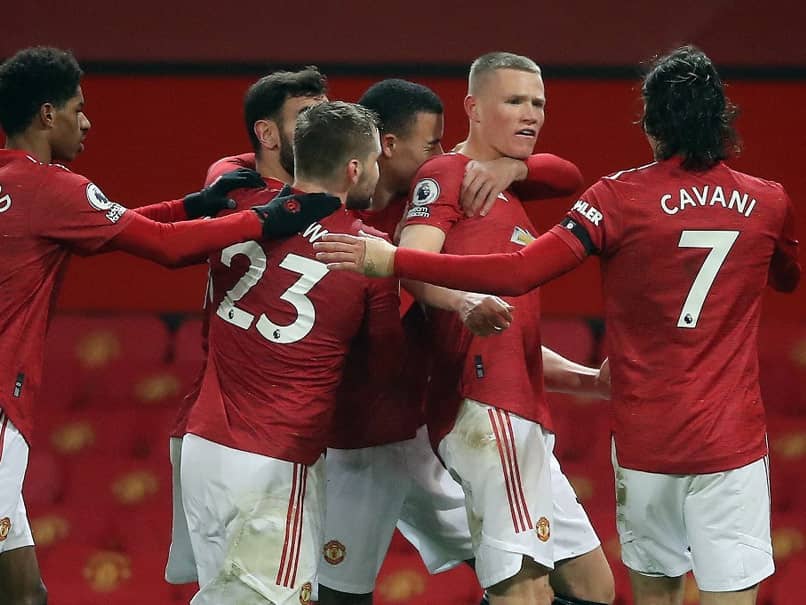 Manchester United will travel to Italy for their away Europa League fixture against Real Sociedad.© AFP

Real Sociedad will play the first leg of their Europa League last 32 tie with Manchester United in Turin, UEFA announced Tuesday, as coronavirus restrictions block their English opponents from entering Spain. In a statement, UEFA said that the match at Juventus' Allianz Stadium would be held at the originally scheduled time of 1755 GMT on February 18. Molde's home leg with Hoffenheim, scheduled for 2000 GMT on the same day, has been moved to Villarreal's Estadio de la Ceramica.

"UEFA would like to thank Real Sociedad de Futbol and Manchester United FC for their close cooperation and assistance in finding a solution to the issue at hand, as well as the Italian Football Federation and Juventus for their support and agreeing to host the match in question," UEFA said.

The match was moved to Italy after the Spanish government extended from February 16 to March 2 a ban on flights from Britain, Brazil and South Africa in an attempt to stem the spread of new Covid-19 variants.

Only legal residents or nationals of Spain and the neighbouring micro-state of Andorra are currently allowed in on flights from these countries.

This is the fourth time that Spain has extended its restrictions on arrivals from Britain, which were initially put in place at the end of December.

The move to extend the ban on arrivals from the UK, announced by the Spanish government on Tuesday, could also mean Chelsea's visit to Atletico Madrid in the Champions League on February 23 is also moved.