Esha Gupta was heavily criticised after she posted screenshots of a racist exchange about Arsenal winger Alex Iwobi between herself and a friend. 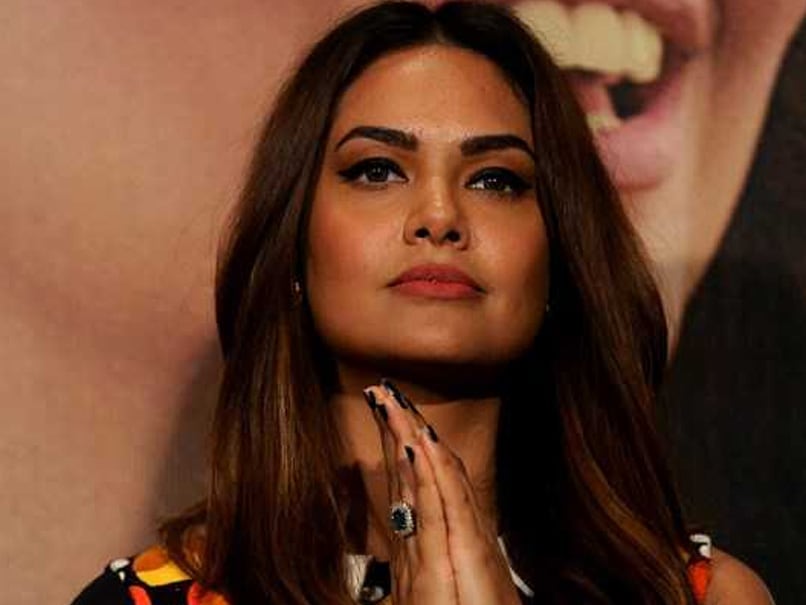 Bollywood actor and Arsenal fan Esha Gupta has written an apology letter to the London club's Nigerian winger Alex Iwobi. The Bollywood star came under severe criticism from all quarters after sharing a racist remark directed towards Iwobi on her Instagram account. Esha Gupta quickly deleted the post, but her followers had been quick to take a screenshot of it. She did post a hastily written apology but that too fell on deaf years as Twitter users and Arsenal fans continued to slam her.

According to IANS, in her letter to Iwobi, a Nigerian international, Esha Gupta wrote: "I am extremely sorry for my ignorant action last Friday. Being an ardent fan of many years, I was deeply engrossed and caught up in the game."

She said she "clearly did not realise the racial undertone" from her friend's message, which she had shared on Instagram last week.

"For this, I am deeply regretful. I cannot begin to imagine how much I have hurt your sentiments. Racism has absolutely no place in my heart, and I promise you, for whatever it's worth, going forward this will never happen again," she said.

She even penned a letter to Arsenal FC, wherein she wrote: "I hope the club can accept my humblest apology and give me the opportunity to make amends. I promise to be very responsible from here on."

On January 28, social media was abuzz over a snapshot of a Whatsapp conversation that Esha shared on her Instagram stories. The conversation criticised Iwobi for his performance after a Premier League match.

In the conversation, Esha's friend called Iwobi a "gorilla" and said that "evolution stopped for him". He even said that the footballer did not change from "neanderthal to man".

To that, Esha Gupta laughed and replied: "Haha... I don't know why they don't bench him more."

She quickly deleted the image from her profile when she realised her mistake, but the screenshot had already gone viral.

This did not go down well with some users, who slammed her for her "ignorance" and called her out for being racist despite having claimed she herself has been a victim in the past.

Arsenal Alex Iwobi Football
Get the latest updates on IPL Auction 2023 and check out  IPL 2023 and Live Cricket Score. Like us on Facebook or follow us on Twitter for more sports updates. You can also download the NDTV Cricket app for Android or iOS.