Manchester United and Portugal footballer Cristiano Ronaldo on Thursday took to Instagram to announce that he is expecting twins along with his partnerGeorgina Rodriguez. 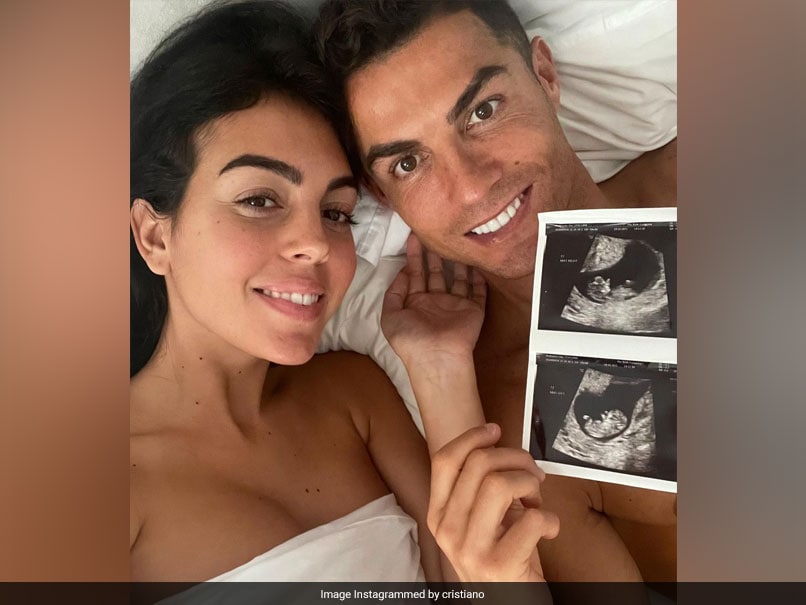 Manchester United and Portugal footballer Cristiano Ronaldo on Thursday took to Instagram to announce that he is expecting twins along with his partner Georgina Rodriguez. "Delighted to announce we are expecting twins. Our hearts are full of love - we can't wait to meet you," Ronaldo captioned the post, which also had a photo of him and Georgina showing the ultrasound images of their twins. The second image in the post had Ronaldo in a swimming pool with his four children.

The footballer's eldest son, Cristiano Junior, was born in June 2010 to a surrogate.

Seven years later, in June 2017, Ronaldo became the father of twins Eva and Mateo in the same way. Alana Martina, born in November 2017, was the first child from his union with Rodriguez.

In 2017, Ronaldo told France Football that he wanted seven children.

The 36-year-old Portuguese footballer completed a transfer to Premier League giants Manchester United from Italian side Juventus earlier this season, which set him up for a stunning comeback at the club where he had started his journey to become one of the best footballers of this era.

Ronaldo holds the record for scoring the highest number of international goals, a milestone he reached earlier this season. He has already put in several stunning performances for United in his return to the club, but has found the going tough in the Premier League in the past few weeks.

Ronaldo was part of the team that went down 0-5 to arch rivals Liverpool at home in what was a humiliating loss at Old Trafford.