Russia's invasion of Ukraine has killed thousands of people and displaced more than 3 million. 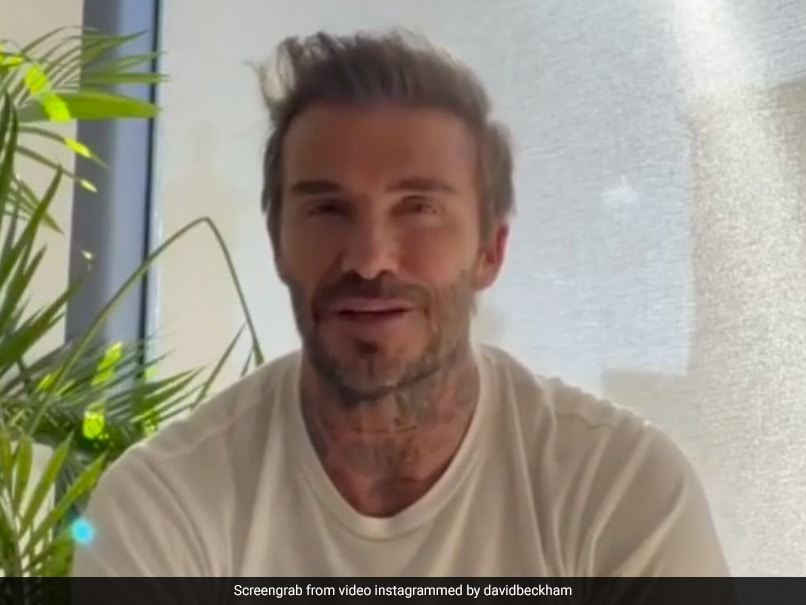 English Football Icon David Beckham handed over his Instagram account with 71.4 million followers to a maternity doctor Ukraine. He has done this to raise awareness about the plight of mothers in the war-torn country.

Doctor Iryna, who he has handed his account to, is the head of the Regional Perinatal Center in Kharkiv. Ukraine's second-largest city has been at receiving end of a lot of shelling from Russian forces. Residents from the city have taken to sleeping in underground train stations which have become makeshift bunkers.

Beckham posted a video on Instagram saying, "Today I'm handing over my social channels to Iryna, the Head of the Regional Perinatal Centre in Kharkiv, Ukraine where she is helping mothers give birth. Head over to my stories to learn more about the amazing work Iryna and health workers like her are doing to save lives in Ukraine. Please give what you can to support @UNICEF and people like Iryna using the donation link in my bio."

In the video he is also seen thanking individuals who donated foe the cause saying, "Thanks to your donations, the oxygen generators they have received are helping newborns survive in appalling conditions."

Russia's invasion of Ukraine has killed thousands of people, displaced more than 3 million and raised fears of a wider confrontation between Russia and the United States.

Russian President Vladimir Putin says the "special military operation", which started on Feb. 24, is aimed at disarming Ukraine and rooting out dangerous nationalists.

England David Beckham Football
Get the latest updates on Fifa Worldcup 2022 and check out  Fifa World Cup Schedule, Stats and Live Cricket Score. Like us on Facebook or follow us on Twitter for more sports updates. You can also download the NDTV Cricket app for Android or iOS.