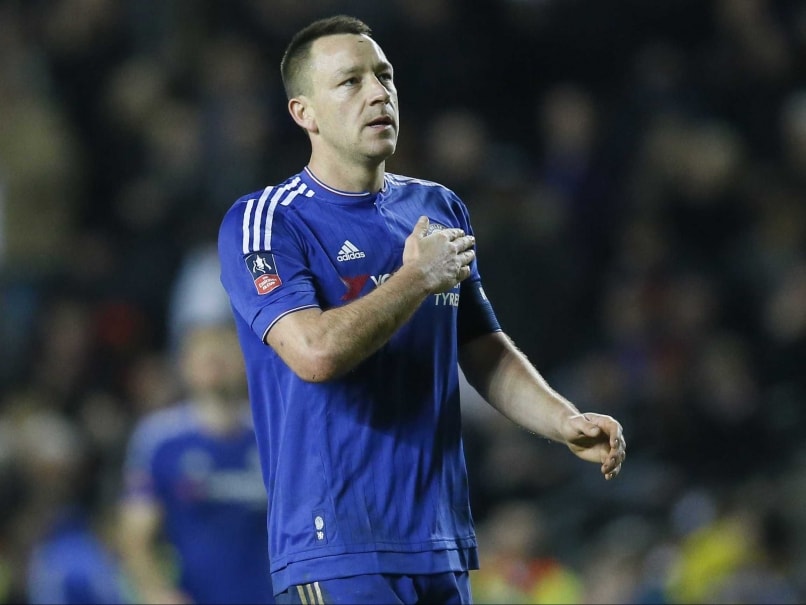 John Terry has said he will leave Chelsea F.C. at the end of the season when his current contract expires.© AP
London:

The 35-year-old central defender appeared doubtful for the match after being sidelined from Chelsea's 2-1 loss to Paris Saint-Germain in the first leg of their last-16 Champions League match on Tuesday with the injury, which he first suffered in last Saturday's Premier League win over Newcastle United. (Ibrahimovic, Cavani Help PSG Beat Chelsea in Champions League)

Terry's next appearance will be his 700th for Chelsea but Hiddink said Friday: "He will not be fit for this weekend.

"I saw him this morning. He was with the physios yesterday, trying a bit on the pitch. (But) still too many problems to be fit for the weekend."

Hiddink is cautiously optimistic Terry will be fit to play against Southampton in the Premier League on February 27.

"We have a week, I hope next weekend he will be available," the Dutchman said. "I cannot predict it. I think we have to be a bit cautious with him as well."

In Terry's absence, Branislav Ivanovic -- who started alongside Gary Cahill in Paris -- is set to keep his place at the heart of Chelsea's defence.

Terry has said he will have to leave Chelsea at the end of the season when his current contract expires, but the west London club have indicated they could still offer him a new deal.

Comments
Topics mentioned in this article
Chelsea Manchester City John Terry Football
Get the latest updates on India vs England Series, India vs England , live score and IPL 2021 Auction . Like us on Facebook or follow us on Twitter for more sports updates. You can also download the NDTV Cricket app for Android or iOS.