The 46-year-old Croatian will start a three-year contract from July 1. 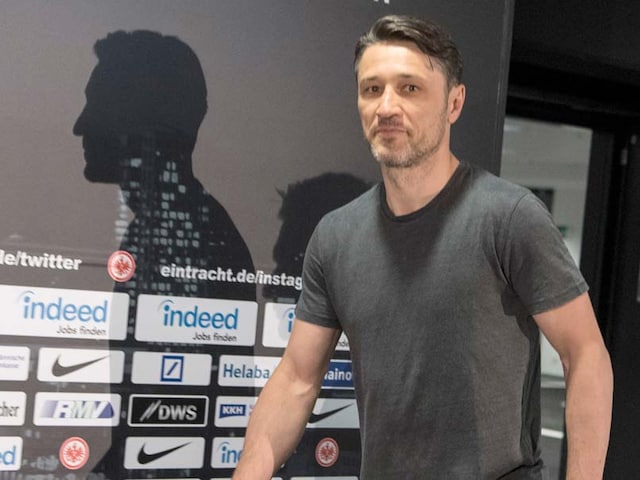 German giants Bayern Munich on Friday named Eintracht Frankfurt coach Niko Kovac as their new coach, succeeding Jupp Heynckes at the end of the season. "Niko was a player at Bayern, he is very familiar with the people involved as well as the structure and the DNA of the club," said Bayern sporting director Hasan Salihamidzic. "We are convinced that he is the right coach for the future of Bayern." However, Frankfurt were furious, accusing Bayern of being "not professional and disrespectful".

A close friend of Salihamidzic, Kovac will also bring his 44-year-old brother Robert Kovac from Frankfurt as assistant coach.

Born in Berlin to Croatian parents, both brothers played for the Croatian national team as well as Bayern.

The elder Kovac was also coach of the Croatian team with his brother as assistant manager.

Bayern did not reveal the cost of poaching Kovac, but both Bild and Sport Bild claimed that his departure before the end of his Frankfurt contract in 2019 would cost Bayern 2.2 million euros ($2.7 million).

The news left Frankfurt furious, with their sporting director Fredi Bobic saying Bayern had not made a proper approach to them first.

"That the news should be leaked in such a short space of time -- and certainly not from Frankfurt -- is very annoying, not professional and disrespectful," Bobic said.

"There was no contact. I think that if someone wants something from us, in this case they should call us. But what do you want, that is how Bayern work, only thinking about themselves."

Bobic also raged at the timing of the announcement, just 24 hours before fifth-placed Eintracht are due to meet fourth-placed Bayer Leverkusen in a huge game in the race for Champions League qualification.

"Here we are, a day before playing Leverkusen, and we are talking about things that have nothing to do with it. That is why I am criticising, because we are in a very important period," he added.

Kovac had previously said that "there is no reason to doubt that I will be the coach of Frankfurt next season".

However, Bobic admitted that Kovac had a clause in his contract -- which was due to run until 2019 -- allowing him to leave if he received an offer from a "top European club."

He had brought Frankfurt back from the brink of relegation during the 2015-2016 season. This year, they are fighting for Champions League qualification, sitting fifth in the Bundesliga table.

"He has a very, very good CV as a coach. He works with many profiles of players from many nationalities in Frankfurt. That makes him excellent. Therefore he is predestined to coach at Bayern," said Heynckes.

Bayern have been desperately hunting a replacement for Heynckes, who came out of retirement temporarily when Carlo Ancelotti was sacked in October after a series of poor results.

Most recently, Germany's World Cup-winning head coach Joachim Loew ruled himself out, insisting he intended to honour his contract with the national team which runs until 2020.

Former Borussia Dortmund coach Thomas Tuchel had already turned down Bayern and is expected to be the next coach of Paris Saint-Germain.

Comments
Topics mentioned in this article
Bayern München Eintracht Frankfurt Football
Get the latest Cricket news, check out the India cricket schedule, Cricket live score . Like us on Facebook or follow us on Twitter for more sports updates. You can also download the NDTV Cricket app for Android or iOS.