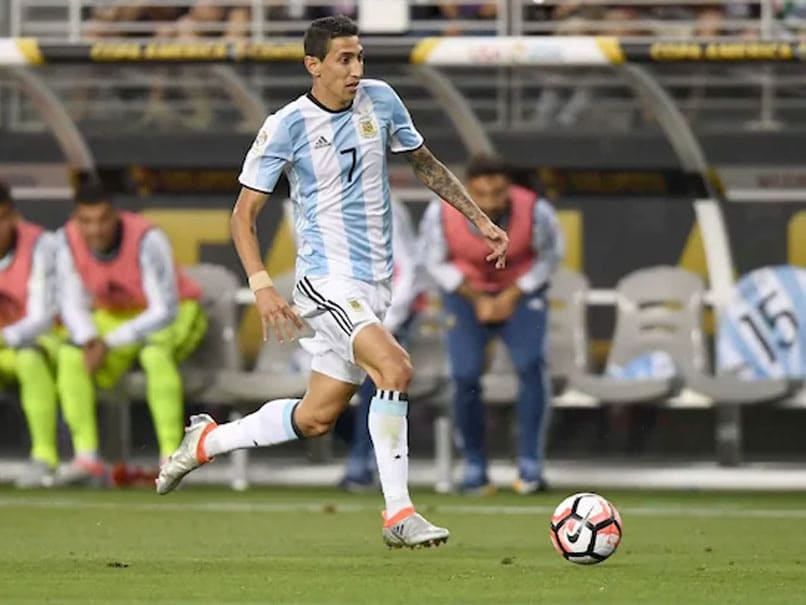 Angel Di Maria has not played for his country since the 2019 Copa America.© AFP

Paris Saint-Germain winger Angel Di Mariahas been recalled to the Argentina squad announced by coach Lionel Scaloni on Friday ahead of World Cup qualifiers against Paraguay and Peru. The 32-year-old has not played for his country since the 2019 Copa America. He is amongst 25 foreign-based players selected by Scaloni for the matches against Paraguay, in Buenos Aires on November 12, and Peru in Lima on November 17.

Alongside bitter rivals Brazil, Argentina are the only side in South American qualifying to have started with two straight victories, having defeated Ecuador (1-0) and Bolivia (2-1) last month.

Scaloni is due to add some locally-based players to his squad over the weekend with goalkeepers Franco Armani and Esteban Andrada, full-back Gonzalo Montiel and winger Eduardo Salvio expected to be called up.

Angel Di Maria Football
Get the latest updates on ICC T20 Worldcup 2022 and CWG 2022 check out the Schedule, Live Score and Medals Tally. Like us on Facebook or follow us on Twitter for more sports updates. You can also download the NDTV Cricket app for Android or iOS.