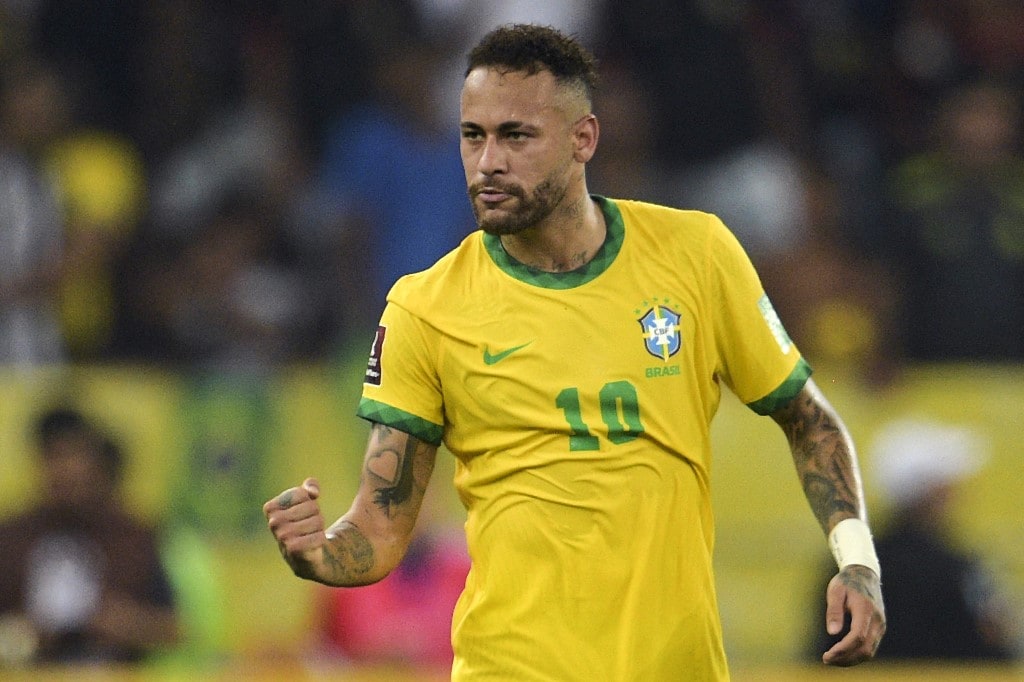 Neymar will play no part in Brazil's final World Cup group game against Cameroon on Friday as he continues his recovery from an ankle injury, the national team's doctor has confirmed. The Paris Saint-Germain superstar missed Monday's 1-0 win over Switzerland after coming off with a sprained ankle in his side's opening 2-0 victory in Qatar against Serbia. Coach Tite has expressed his confidence that the 30-year-old will return to play a part in the Selecao's bid to win a record-extending sixth World Cup, but he will not feature against Cameroon with Brazil's place in the last 16 having already been secured.

"Neymar has had a bit of a fever which is under control and has not got in the way of his recovery from his ankle injury," said Brazil team doctor Rodrigo Lasmar in a video released by the Brazilian Football Confederation.

Right-back Danilo is also recovering from an ankle injury of his own suffered in the Serbia win, while left-back Alex Sandro picked up a muscle injury against Switzerland.

"Those three players will all be unavailable for our next match against Cameroon," added Lasmar.

A draw against Cameroon will confirm Brazil as winners of Group G, while even a defeat will not stop them topping the section if Switzerland fail to win their final game against Serbia.

Cameroon Neymar FIFA World Cup 2022 Football
Get the latest updates on IPL Auction 2023 and check out  IPL 2023 and Live Cricket Score. Like us on Facebook or follow us on Twitter for more sports updates. You can also download the NDTV Cricket app for Android or iOS.