After being stunned in their opening game by Saudi Arabia, Argentina needed to avoid a defeat in their second Group match against Mexico in order to stay alive in the FIFA World Cup 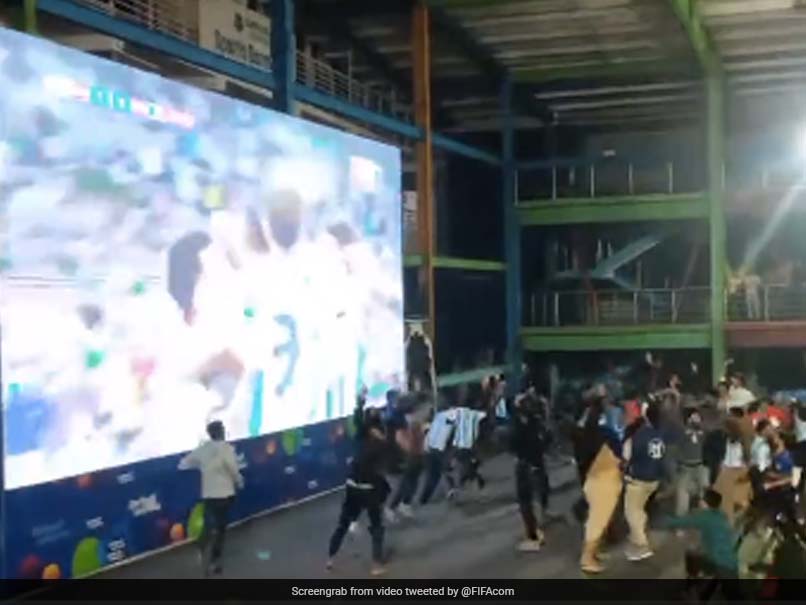 After being stunned in their opening game by Saudi Arabia, Argentina needed to avoid a defeat in their second Group match against Mexico in order to stay alive in the FIFA World Cup. Despite being on the back foot for the majority of the game, Argentina scored twice in the second-half to keep their Round of 16 hopes alive. Lionel Messi stepped up for his team, scoring the opener from outside the box, a goal which was celebrated massively in Argentina, as well as the other parts of the world.

Having said that, a video of Argentina fans in Bangladesh celebrating Messi's goal has been doing rounds on social.

This is the power of football@Argentina fans in Bangladesh celebrating Lionel Messi's goal in the #FIFAWorldCup victory over Mexico last night🇦🇷pic.twitter.com/HSE6JGGRsw

It came a day after Argentina marked the second anniversary of Maradona's death.

The goals were two rare moments of quality in a poor and tense encounter where the occasion seemed to get to everyone, except seven-time Ballon d'Or winner Messi.

After Messi opened the scoring, Argentina made a couple of changes to add fresh legs, a move which paid off as Enzo Fernandez curled a delectable strike into the top far corner.

Notably, Fernandez became the youngest player to score a World Cup goal for Argentina since Messi in 2006.

Argentina, however, still need to win their final group match against Poland to guarantee a place in the knock-out stages.

Lionel Messi FIFA World Cup 2022 Football
Get the latest updates on IPL Auction 2023 and check out  IPL 2023 and Live Cricket Score. Like us on Facebook or follow us on Twitter for more sports updates. You can also download the NDTV Cricket app for Android or iOS.