Manchester City finished with 93 points, one ahead of Liverpool as they ended their rivals hopes of winning an unprecedented quadruple. 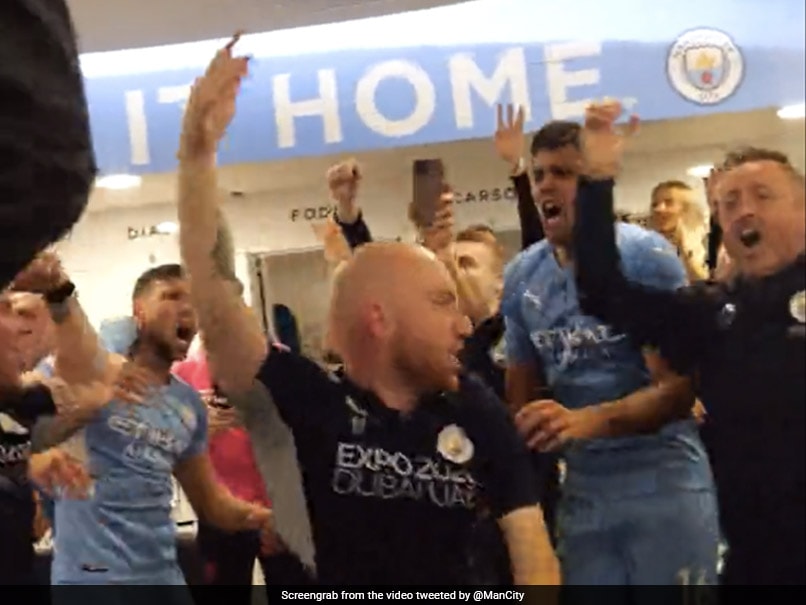 Manchester City had a straightforward task ahead of them on the last day of the season -- beat Aston Villa and be crowned Premier League champions. However, they found themselves trailing 0-2 to Villa as Liverpool looked set to continue their unprecedented quadruple dreams. Having already done it in 2012, City fans hoped for a dramatic turnaround and the team did just that. They sensationally fought back from being two goals down to draw level in a flash. Then came the hammer blow to Liverpool's quadruple aspirations as Ilkay Gundogan scored from close range in the 81st minute, triggering wild celebrations and rendering second-placed Liverpool's 3-1 win over Wolves irrelevant.

City finished with 93 points, one ahead of Liverpool.

Time to take a look behind-the-scenes at the dressing room celebrations! pic.twitter.com/REq70Uqsq9

"These guys are legends. When you win in this country four times in five years, it is because these guys are so special. They will be remembered forever," Guardiola said.

Fittingly, it was long-serving Manchester City captain Fernandinho who lifted the trophy in his last game before leaving the club.

"It feels like we came back from the dead to win the league. This is the Man City spirit. You never give up," Fernandinho said.

Having already won the FA Cup and League Cup, Liverpool can still enjoy a memorable season of their own if they beat Real Madrid in the UEFA Champions League final in Paris on Saturday.

Aston Villa Ilkay Gundogan Kevin De Bruyne English Premier League Football
Get the latest updates on ICC T20 Worldcup 2022, check out the Schedule and Live Score. Like us on Facebook or follow us on Twitter for more sports updates. You can also download the NDTV Cricket app for Android or iOS.