Serge Aurier has been in trouble twice before during the coronavirus-enforced lockdown in the UK. 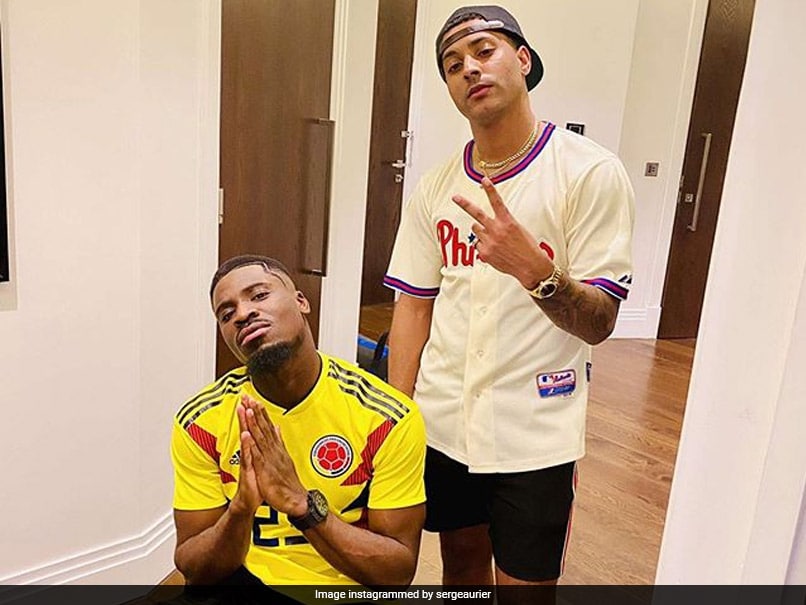 Tottenham have launched an investigation after Ivory Coast defender Serge Aurier appeared to flout social-distancing rules for a third time by getting a haircut during the coronavirus lockdown. Aurier posted an Instagram photo on Tuesday showing off his new haircut and tagged the barber Justin Carr in his post. "Yes Sir @justscuts #LeCoiffeurEstBon?? (the hairdresser is good)" Aurier wrote next to the picture. Hairdressers are closed in Britain in line with the government's rules on social distancing.

They are not expected to open again until at least July 4.

"We are investigating the circumstances and will deal with the incident appropriately," a Tottenham statement said on Wednesday.

Aurier has already been in trouble twice during the pandemic lockdown after going out for a run with a friend and training too close to Tottenham teammate Moussa Sissoko.

The 27-year-old and Sissoko apologised and made a donation to the National Health Service.

Tottenham have been plagued by social-distancing issues, with boss Jose Mourinho forced to apologise after taking a training session in a north London park with Tanguy Ndombele.

Davinson Sanchez and Ryan Sessegnon were also spotted running together in a separate incident.

Aurier was pictured arriving at Tottenham's Enfield training base on Wednesday, with Mourinho's squad due to start training in small groups after receiving their virus test results from the Premier League.

Tottenham Hotspur English Premier League Football
Get the latest updates on ICC T20 Worldcup 2022 and CWG 2022 check out the Schedule, Live Score and Medals Tally. Like us on Facebook or follow us on Twitter for more sports updates. You can also download the NDTV Cricket app for Android or iOS.