Roberto Firmino provided a stunning assist for Mohamed Salah's goal and was named man-of-the-match despite only coming on eight minutes before half-time. 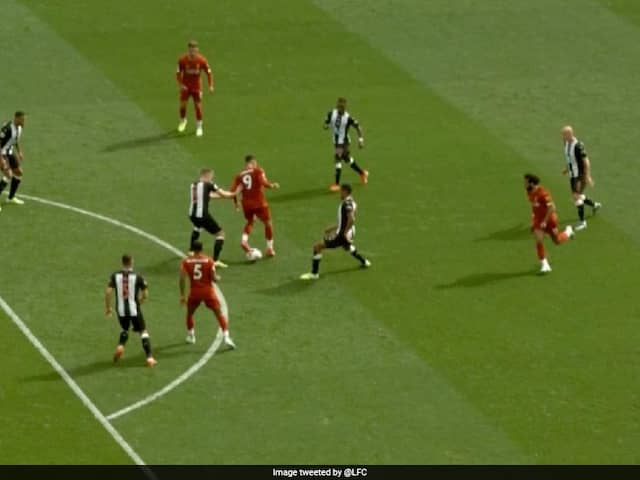 Roberto Firmino produced a moment of magic for Liverpool in the Premier League clash vs Newcastle.

Liverpool maintained their 100 percent start to the Premier League season by coming from behind to beat Newcastle 3-1 at Anfield on Saturday. Sadio Mane and Mohamed Salah were on the scoresheet as Liverpool opened up a five-point lead at the top of the table following Manchester City's shock defeat to Norwich City. But in the Premier League clash at Anfield, a moment of magic from Liverpool's Brazilian star Roberto Firmino captured the imagination of football fans all over the world. The introduction of Roberto Firmino off the bench for the injured Divock Origi that truly turned the tide in Liverpool's favour.

The Brazilian's through ball was spilled by Martin Dubravka to allow Mane a simple task for his second just before half-time, but his brilliant backheel flick that teed up Salah to seal the points 18 minutes from time, became the talking point of the game.

Here is the Roberto Firmino assist that fans just can't get enough of:

Fans on Twitter hailed the Brazilian forward for his impact and his ridiculous skill.

Bobby's assist to was completely unforgivable...Silkiest player in the world #LFC #Firmino https://t.co/qNhGdWWVkN

Need a lie down after watching that Firmino assist

Oh Firmino that assist was filth

That Firmino assist alone was worth waiting up for @BBCMOTD

Firmino had been rested from the start after travelling to the United States with Brazil during the international break, but he was soon called into the action as Divock Origi limped off injured.

In the end, Mane was denied his hat-trick and Firmino a triple of assists by the offside flag, but Liverpool cruised through the final stages with one eye already on the start of their defence of the Champions League away to Napoli on Tuesday.

Newcastle United English Premier League Roberto Firmino Mohamed Salah Sadio Mane Cricket
Get the latest Cricket news, check out the India cricket schedule, Cricket live score . Like us on Facebook or follow us on Twitter for more sports updates. You can also download the NDTV Cricket app for Android or iOS.