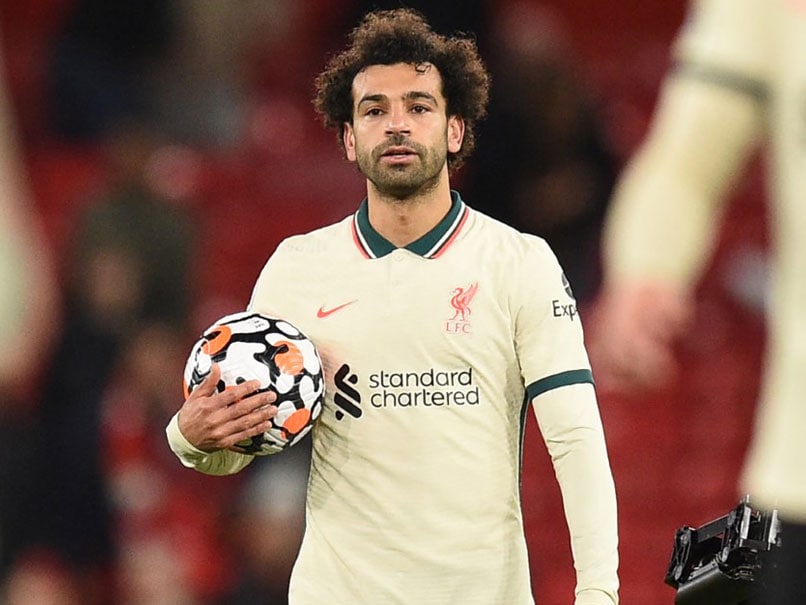 Mohamed Salah during the Manchester United vs Liverpool game© AFP

Liverpool's Egyptian forward Mohamed Salah scored a stunning hat-trick as Liverpool thrashed bitter-rivals Manchester United 5-0 at Old Trafford on Sunday. The hosts started off brightly with Bruno Fernandes skying his attempt over Alisson's goal. His miss proved costly for the Red Devils as Naby Keita scored in front of the Stretford End to give the visitors an early lead. Diogo Jota then made it 2-0, after he bundled home from a Trent Alexander-Arnold cross in the 13th minute. With half-time approaching, Mohamed Salah netted twice in 8 minutes to put the Reds 4-0 up at the break.

He then completed his hat-trick, lashing home a Jordan Henderson through ball, five minutes after the restart.

Here's the video of Mohamed Salah's hat-trick against Manchester United:

Manchester United had a goal ruled out by VAR, which then again played a part as Paul Pogba was given his marching orders, after the referee had initially shown only a yellow card to the French midfielder.

David de Gea then prevented Alexander-Arnold from netting Liverpool's sixth, before Edinson Cavani squandered a chance to pull one back for Manchester United, hitting the crossbar from close range.

Salah's hat-trick put him three goals clear of Jamie Vardy (7 goals) for the race of the Premier League golden boot. The former Chelsea and Roma forward also has 5 assists already this season.

This win also took Liverpool up to second place, a point behind current leaders Chelsea, who thrashed Norwich 7-0 on Saturday, thanks a Mason Mount hat-trick at Stamford Bridge.

Cristiano Ronaldo English Premier League Football
Get the latest updates on ICC Women's Cricket World Cup 2022 and IPL 2022, check out the Schedule , Live Score and IPL Points Table. Like us on Facebook or follow us on Twitter for more sports updates. You can also download the NDTV Cricket app for Android or iOS.