Premier League: Manchester United midfielder Bruno Fernandes apologised to the fans after a lacklustre performance saw the team go down 4-0 against Liverpool in a Premier League fixture. 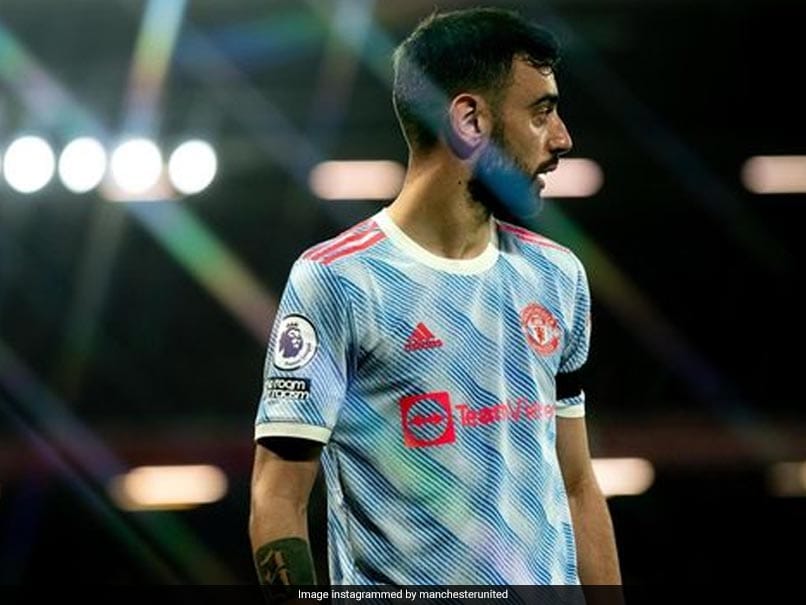 PL: Bruno Fernandes apologised to the fans after defeat vs Liverpool.© Instagram

Things have not gone Manchester United's way off late as another loss against Liverpool saw their hopes of a top-four finish suffer a major blow. United, who are currently at the sixth spot with 54 points in 33 games, were defeated by a ruthless Liverpool side 4-0 at Anfield. Luis Diaz opened the floodgates as early as the fifth minute while striker Mohamed Salah capitalised to give a two-goal cushion in the first half. The next 45 minutes didn't seem to go according to United's plans either as Sadio Mane struck the third goal to bury any hopes of a United comeback in the 68th minute. Salah made it 4-0 to help Liverpool go top of the table for the time being having played a game more than City.

Looking at the frustrating loss, Manchester United midfielderBruno Fernandes apologised to the fans and said that the fans "deserve" much more from the Red Devils.

"It's a bad result once again," Bruno told Sky Sports after the match ended.

"Not much that I can say. Obviously, [we] apologise to the fans. It will never be enough but obviously it is what we can do now. They [the fans] don't deserve that we play in this way, they deserve much more from us. The way they support us until the end, the way they stay even after the whistle to applaud us, they deserve much more from us," he added.

Bruno, however, stated that the best thing United should do is to prepare well for the remaining games and try to find a way to "understand what is going wrong".

"We have to say the things, but that has to be kept in the dressing room. We know there is not much we can do now the game is over. We have to think already to the next one that will be a tough one again. We have to look in ourselves, we have to look inside, from the top until the bottom and understand what is going wrong," he concluded.

United will next play Arsenal on April 23.

Liverpool Bruno Fernandes English Premier League Football
Get the latest updates on ICC T20 Worldcup 2022 and CWG 2022 check out the Schedule, Live Score and Medals Tally. Like us on Facebook or follow us on Twitter for more sports updates. You can also download the NDTV Cricket app for Android or iOS.