Giants of English Premier League get set to tussle for the title once again even as the 'minnows' look to make a deep impact this season.

A team-by-team guide to the new Premier League season, which begins on Saturday, Aug. 16. Last season's position in parentheses: 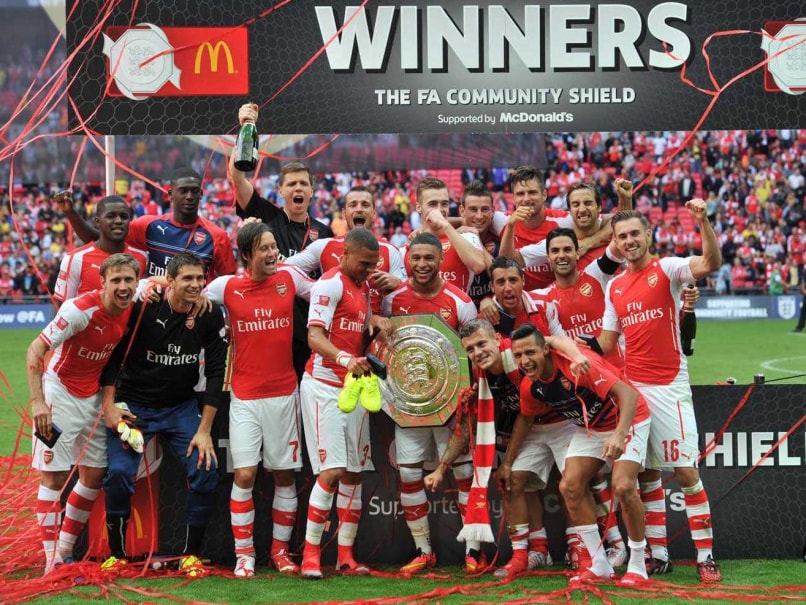 Arsene Wenger's side ended a nine-year trophy drought by winning the FA Cup in May. Wenger hopes his squad, bolstered by the summer addition of Alexis Sanchez from Barcelona and with record-signing Mesut Ozil settled, can now last the distance in the Premier League title race. The Gunners, who haven't won the championship since 2004, spent much of last season on top only to finish fourth.

Manager Paul Lambert was hamstrung by lack of investment from an owner, Randy Lerner, who is trying to sell up, and troubled by backroom issues last season. But Lambert has the nucleus of a promising side.

After returning to the Premier League after five years in the second tier, Burnley's season will hinge on whether strikers Danny Ings and Sam Vokes can cut it in the top flight. Expect Sean Dyche's well-drilled side to trouble visiting sides at the least. 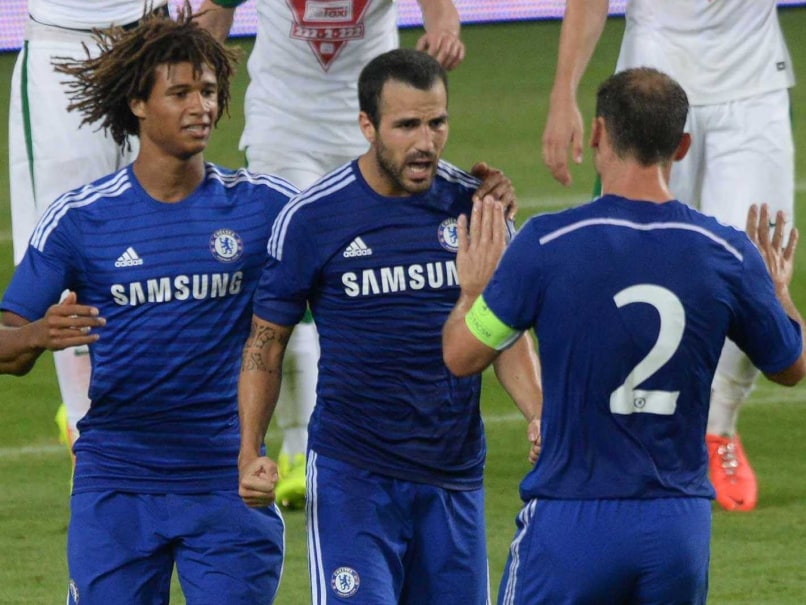 Chelsea's Cesc Fabregas (C) is congratulated by teammates after scoring a goal at the Groupama Arena new football stadium in Budapest during the first international football match here between the local Hungarian team of TC Ferencvaros and English Premier League club FC Chelsea.

Despite playing down Chelsea's credentials last season, Jose Mourinho would have won the league last season if not for slip-ups against teams the Blues should have beaten when it mattered. The striker issue has been addressed with the purchase of Diego Costa from Atletico Madrid, while former Arsenal captain Cesc Fabregas will bring some dynamism to midfield.

Tony Pulis was named manager of the year for keeping Palace in the Premier League. However, his second season in charge is likely to be even more of a challenge.

Former Wigan manager Roberto Martinez showed he could make the step up when succeeding David Moyes last year, although he was unable to take Everton back into the top four. A fifth-place finish, though, was a good starting point. Turning Romelu Lukaku's loan from Chelsea into a permanent, club-record 28 million-pound ($47 million) transfer was an early summer statement of intent, while Ross Barkley is quickly developing.

Despite off-field disputes over the club's name, Hull maintained its top-flight status and reached the FA Cup final, falling short against Arsenal. New challenges lie ahead in the Europa League and the squad will have to dig deep to avoid being dragged into a relegation battle.

Leicester dominated the Championship to win the title, but it will prove a different challenge back in the Premier League after a decade away. Much will depend on whether David Nugent can keep scoring goals. 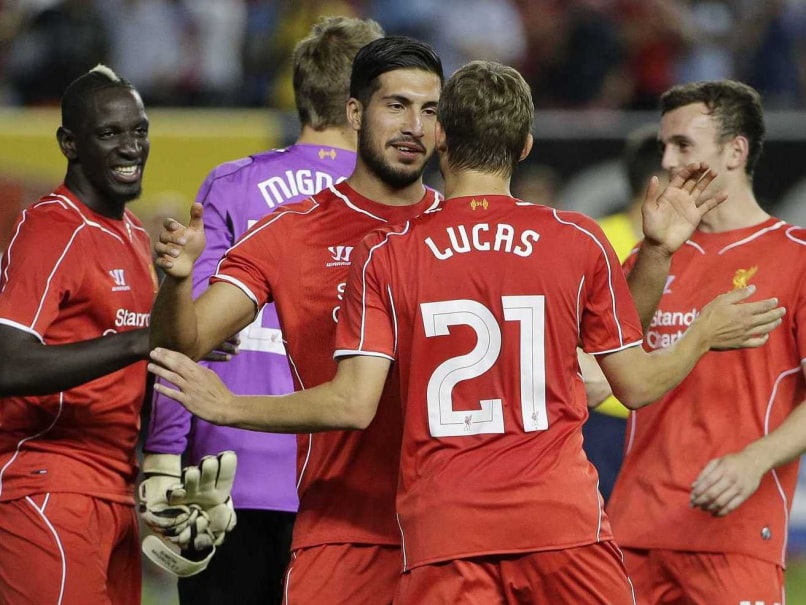 Despite the big hole left by the departure of striker Luis Suarez to Barcelona, Liverpool was quick to bolster a squad which fell just short in the title race last season. A trio of Southampton players was signed: defender Dejan Lovren, midfielder Adam Lallana and striker Rickie Lambert. But with a Champions League campaign to cope with this season, another sustained title challenge may just be beyond Brendan Rodgers' side. There should be less controversy, though, without Suarez.

After winning a second Premier League title in three years, City has reinforced the squad in a low-key manner. With Yaya Toure in midfield and Sergio Aguero up front, Manuel Pellegrini may be celebrating a second successive league title in May. Advancing further in the Champions League is also a priority. 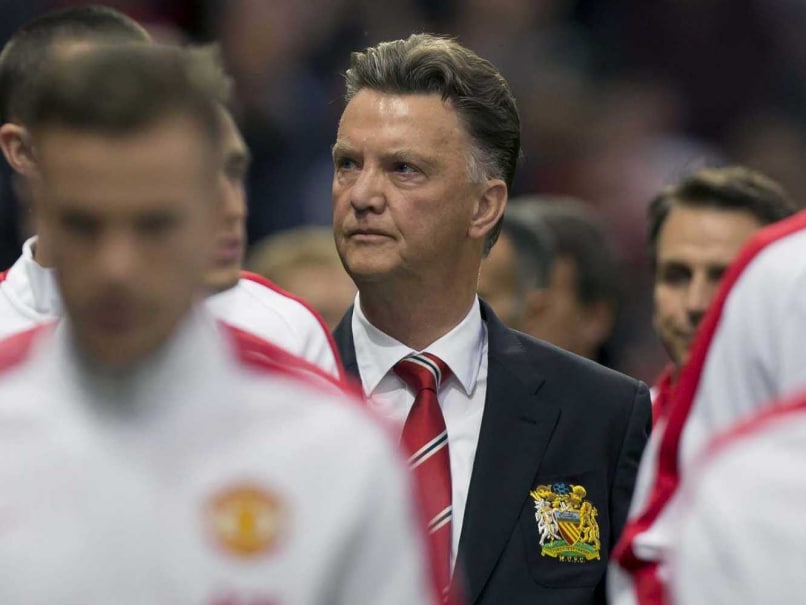 After a dismal season under David Moyes, Louis van Gaal will have to be an instant success, fresh from leading the Netherlands to third place at the World Cup. The minimum target is returning United to the Champions League. A season out of Europe should help the team focus on domestic priorities. A few new signings, including defender Luke Shaw and midfielder Ander Herrera, should provide a boost.

Alan Pardew will be hoping to stay out of the limelight this season after his ban for head-butting a rival team's player. If the new recruits, including midfielder Remy Cabella, settle quickly a top-half finish should be the minimum expected.

Harry Redknapp returned QPR to the top flight at the first opportunity to safeguard the club's financial predicament, but only via the playoffs. QPR owner Tony Fernandes again sanctioned the signing of a veteran player from a leading team - defender Rio Ferdinand from Manchester United.

After the high of an eighth-place finish came the exodus of players and manager Mauricio Pochettino. Ronald Koeman's reign could quickly turn into a relegation battle if midfielder Dusan Tadic and striker Graziano Pelle don't quickly adapt to England.

Many expected Stoke to struggle last season following the departure of Tony Pulis, but Mark Hughes' new-look side secured a top-half finish. With some promising additions, including forward Bojan Krkic, Stoke should again stay out of trouble.

After coming so close to relegation last season, Sunderland will hope to avoid such drama again. Much will depend on whether Connor Wickham can find his scoring touch again. Manager Gus Poyet will be determined to get more consistency to move up the table.

Garry Monk's mid-season appointment to succeed Michael Laudrup was vindicated as Swansea pulled out of danger. Despite a few decent additions, including goalkeeper Lukasz Fabianski from Arsenal, the new season could be severely testing.

After going through two managers last season, Tottenham turned to Mauricio Pochettino, hoping he can bring the brand of attacking football he instilled at Southampton. The target is Champions League qualification, but the squad could be stretched again by the demands of the Europa League.

After just avoiding relegation under Pepe Mel, West Brom's next appointment took everyone by surprise. Alan Irvine, who was running Everton's academy, has been given his first top flight management role. Will the gamble pay off?

To stay in charge, Sam Allardyce will have to ensure last season's inconsistencies aren't repeated and the football is more exciting. Former England striker Teddy Sheringham was hired as a coach to turn disappointing home draws into wins. Fans weren't satisfied with the mid-table finish. The signing of Ecuador World Cup star Enner Valencia came just as forward Andy Carroll was ruled out again through injury.

Comments
Topics mentioned in this article
Manchester United Manchester City Chelsea Arsenal Liverpool English Premier League Football
Get the latest Cricket news, check out the India cricket schedule, Cricket live score . Like us on Facebook or follow us on Twitter for more sports updates. You can also download the NDTV Cricket app for Android or iOS.