Manchester United skipper Harry Maguire scored his first Premier League goal since moving to his new club in his side's 2-0 win over Chelsea on Monday. 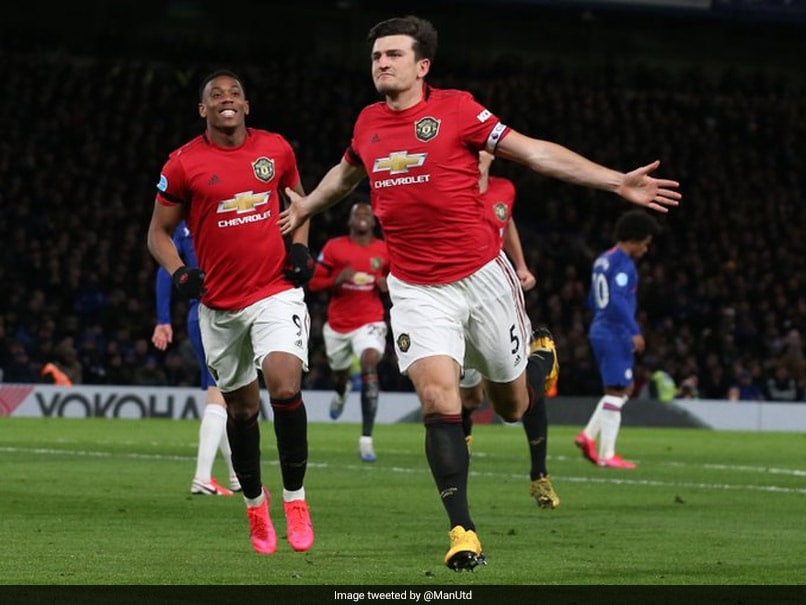 Harry Maguire found the back of the net in the 66th minute to double his side's lead.© Twitter

Manchester United captain Harry Maguire scored his first Premier League goal for the club, helping them clinch all three points against Chelsea at Stamford Bridge on Monday. Harry Maguire, looking for his first Premier League goal since moving to Manchester from Leicester City last summer, scored in the 66th minute to double his side's lead. After the game, England international's younger sibling Laurence Maguire, who plays as a defender for fifth-tier club Chesterfield FC, posted a screenshot on Twitter revealing how his elder brother had foretold that he would get on the scoresheet against Chelsea.

Not just that, the England international had even predicted that he would score the goal via a corner and it turned out to be true when he directed a corner-kick taken by Bruno Fernandes to the left of Chelsea goalkeeper.

The screenshot posted by Laurence shows him telling his brother, "Set plays every chance for you tonight" to which Harry replied: "Yes I'm going to score around back tonight. Watch. I Swinging Corner".

Before Harry Maguire's goal, Anthony Martial broke the deadlock in the 45th minute to give the visitors a 1-0 lead going in to the half-time break.

While Maguire's prediction came true in the game, many Chelsea fans felt gutted as his foul on striker Michy Batshuayi went unpunished despite the Video Assistant Referee (VAR) having a look at it.

Hosts Chelsea found the back of the net twice in second half, but both were disallowed by the VAR.

The victory lifts Manchester United up to seventh and within two points of Tottenham in fifth, which could be good enough to qualify for the Champions League next season pending Manchester City's appeal against a two-season ban from European competitions.

Chelsea Harry Maguire English Premier League Football
Get the latest updates on T20 World Cup, check out the T20 World Cup Schedule and Live Score . Like us on Facebook or follow us on Twitter for more sports updates. You can also download the NDTV Cricket app for Android or iOS.