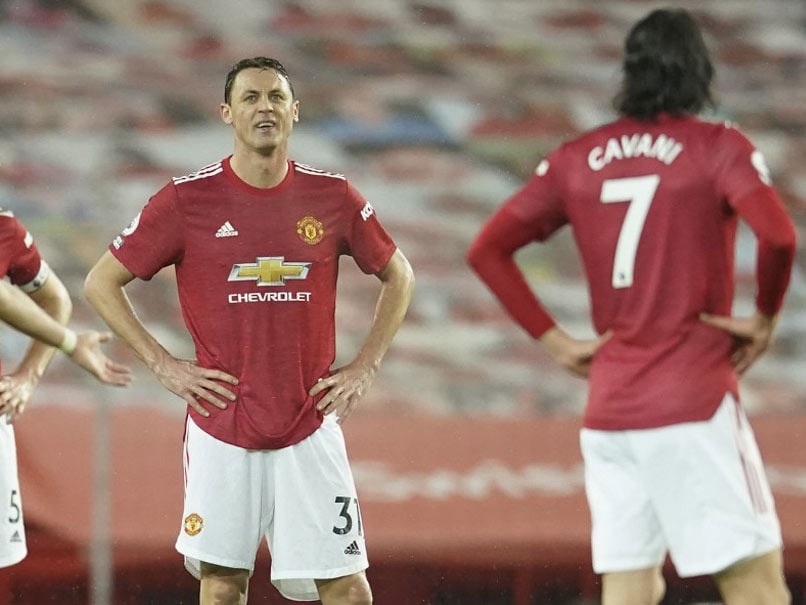 Rock-bottom Sheffield United put a huge dent in Manchester United's Premier League title hopes on Wednesday, beating Ole Gunnar Solskjaer's off-key side 2-1 at Old Trafford. United knew they had to respond after Manchester City leapfrogged them at the summit with a 5-0 hammering of West Brom on Tuesday but they were well short of their best on a frustrating night. Kean Bryan gave the visitors a shock first-half lead that former Blades defender Harry Maguire cancelled out, only for Oliver Burke's heavily deflected strike to seal a first away win against Manchester United since 1973. The result leaves United on 40 points -- one behind City -- but Pep Guardiola's side now have a game in hand and are looking increasingly likely to win a third title in four seasons.

Solskjaer told BT Sport the "magic was missing" from his side, who slipped to their first league defeat since November 1, and said the referee had made two mistakes.

"They defended well, fair play to them but we didn't have the right ideas or solutions," said the Norwegian.

"The first goal is a foul, Billy Sharp runs into David de Gea. At the other end, no foul for the disallowed goal for us but it's that kind of season. Two mistakes by the referee."

Even in such an unpredictable season, this result stood out as one of the biggest shocks of the campaign.

Before the match Sheffield United had just five points to show from 19 games -- the worst haul in Premier League history -- and had not beaten the Red Devils since 1993.

Manchester United's Marcus Rashford flashed an early shot narrowly wide but they were short of ideas against the battling away team.

The Blades broke the deadlock midway through the first half when Bryan rose to glance home John Fleck's corner after De Gea failed to punch clear.

Billy Sharp appeared to nudge the Spanish goalkeeper from behind but the goal was allowed to stand.

Manchester United had the ball in the net after half an hour's play but Anthony Martial's effort did not count because referee Peter Bankes had already blown his whistle for a foul by Maguire on goalkeeper Aaron Ramsdale.

United lacked urgency as the first period wore on, struggling to get behind Chris Wilder's organised back line.

Bruno Fernandes fashioned half a chance for United when he ran beyond the last line of defence and hooked the ball back but Martial could not get enough purchase on the header.

The home side tried to step up a gear at the start of the second half but still lacked sharpness in their passing, with Rashford off the pace.

Mason Greenwood, who scored in United's FA Cup win against Liverpool on Sunday, snatched at a chance after a fine through ball from Fernandes.

United were now showing more urgency but David McGoldrick went close to doubling Sheffield United's lead with a clever effort with the outside of his right foot.

Solskjaer's men were level in the 64th minute when an outswinging corner from Alex Telles was met with a thumping header by Maguire past the diving Ramsdale.

But Sheffield United were back in front again in the 74th minute when Manchester United failed to clear and Burke's strike took a wicked deflection off Axel Tuanzebe and went in off the underside of the bar.

Solskjaer threw on Luke Shaw and Donny van de Beek as United desperately sought an equaliser but they had to face the intense frustration of three dropped points.

"There will be no big inquest," said Solskjaer. "There have been so many odd results this season but with the world as it is we have been the most consistent team. It hit us today."

Manchester United Sheffield United Bruno Fernandes English Premier League Football
Get the latest updates on IND vs NZ 2021, check out the Schedule and Live Score . Like us on Facebook or follow us on Twitter for more sports updates. You can also download the NDTV Cricket app for Android or iOS.