Manchester United and Sheffield United shared the spoils after a dramatic 3-3 draw at Bramall Lane on Sunday. 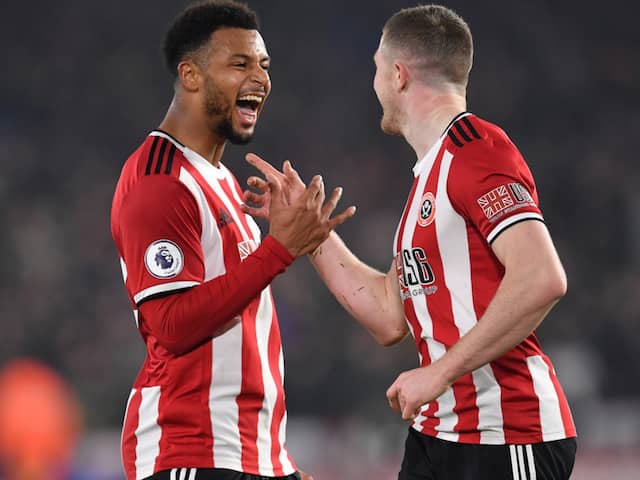 Manchester United and Sheffield United shared the spoils after a dramatic 3-3 draw at Bramall Lane on Sunday, with the home side scoring a late equaliser after three goals from the visitors in seven minutes. Ole Gunnar Solskjaer's team, outplayed for 70 minutes by the promoted side, trailed 2-0 after a first-half goal from John Fleck and a second-half effort from Lys Mousset. Chris Wilder's team were hungrier and more incisive but from nowhere United were back in the game, with 19-year-old Brandon Williams scoring in the 72nd minute.

Manchester United suddenly looked full of ideas and incisive running, with the game turned on its head.

But the drama was still not over, with Oliver McBurnie controlling the ball and firing past David de Gea to level at 3-3. The goal stood after a VAR check.

Manchester United Sheffield United English Premier League Football
Get the latest Cricket news, check out the India cricket schedule, Cricket live score . Like us on Facebook or follow us on Twitter for more sports updates. You can also download the NDTV Cricket app for Android or iOS.