Manchester City's Kevin de Bruyne has admitted that the side knew it was impossible to catch Liverpool once Premier League resumed its suspended season. 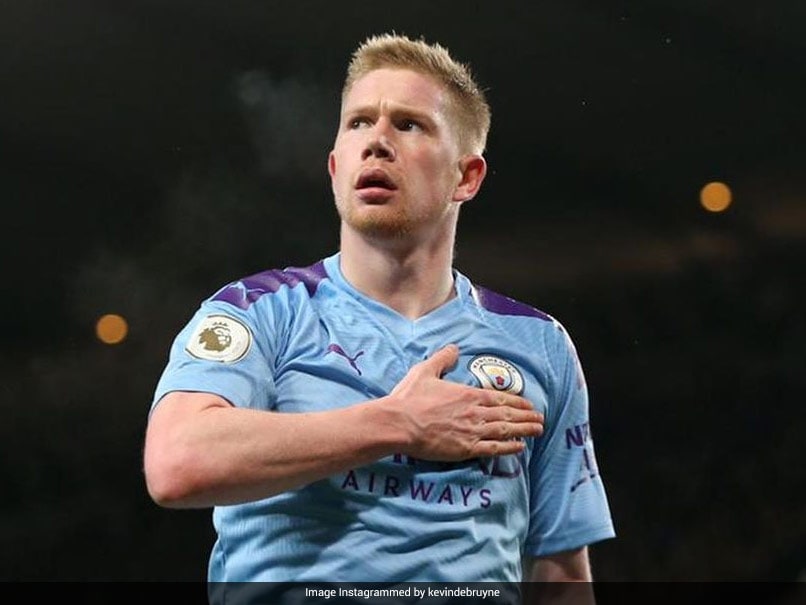 Manchester City's Kevin de Bruynehas admitted that the side knew it was impossible to catch Liverpool once Premier League resumed its suspended season. His remarks come as Liverpool won the Premier League after a wait of 30 long years. The side wrapped up the title win as Chelsea defeated Manchester City at Stamford Bridge. "We knew it was impossible to catch them after lockdown. You are always disappointed when you don't win, but I think we are honest enough to say Liverpool were better this year," Goal.com quoted Bruyne as saying.

"I think we worked really hard, we played really well but we weren't good enough and that's no problem for us to admit. If everything goes to plan for us then I think we still have 13 or 14 games, so we still have a lot to play for and a lot of objectives," he added.

Having missed out on the Premier League, Manchester City would now be hoping to win the FA Cup and Champions League.

The side will try to defend their FA Cup title as City goes against Newcastle United on Sunday.

"In comparison with a lot of other teams we are doing alright. We are still second, so that means after Liverpool we are the second best team," Bruyne said.

"I think we have still got big chances in the FA Cup and Champions League. Imagine if we come out after winning these cups, it will be an unbelievable season. We have got a lot to play for and look forward to it," he added.

In the Premier League, City currently has 63 points from 31 matches.

City will next take on Liverpool in the Premier Leagueon Thursday, July 2.

Liverpool Football English Premier League
Get the latest updates on Fifa Worldcup 2022 and check out  Fifa World Cup Schedule, Stats and Live Cricket Score. Like us on Facebook or follow us on Twitter for more sports updates. You can also download the NDTV Cricket app for Android or iOS.