The 25-year-old Egypt international scored his 32nd goal of the campaign in the 4-0 win over Brighton at Anfield. 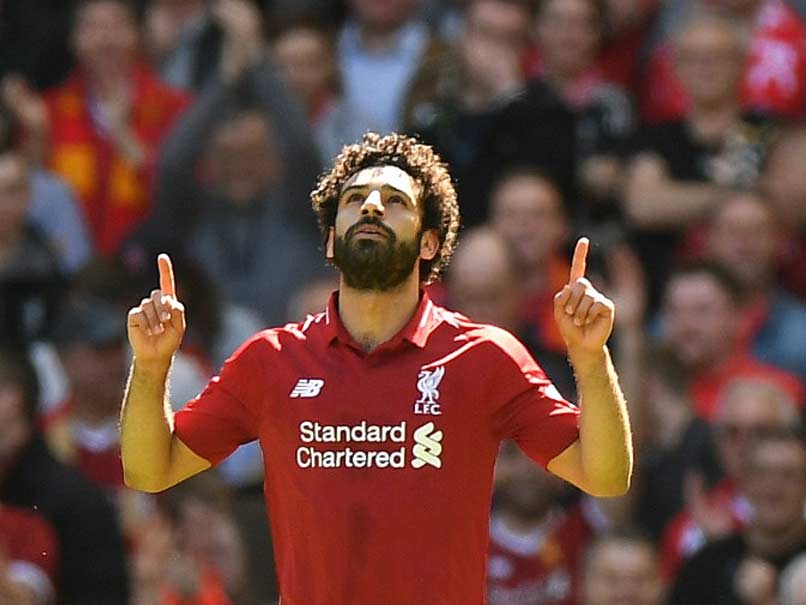 Salah has scored 44 goals in 51 games in all competitions for Liverpool.© AFP

Mohamed Salah scored a record-breaking 32nd goal of the Premier League season on Sunday as the Liverpoolforward set a new mark for the most goals in a 38-game campaign. The 25-year-old Egypt international scored his 32nd goal of the campaign in the 4-0 win over Brighton at Anfield. He also won the PFA Player of the Year and Football Writers' Association Footballer of the Year awards. Salah, who had an unsuccessful spell at Chelsea from 2014 to 2016, has scored 44 goals in 51 games in all competitions for Liverpool in his first season since joining from Roma for £34m.

Salah went into the last day of the season at Anfield with a share of the record alongside Alan Shearer (Blackburn in 1995-96), Cristiano Ronaldo (Manchester United in 2007-08) and Luis Suarez (Liverpool in 2013-14). But the Egypt forward needed only 26 minutes to make the record his personal property as he produced a clinical left-footed finish from inside the Brighton penalty area. Salah has now scored 44 goals in 51 appearances in all competitions for Liverpool this season.

Brighton had no answers at a sun-kissed Anfield as Salah's sensational form continued with him scoring his 32nd league goal of the campaign.

Dejan Lovren and maiden Liverpool goals for Dominic Solanke and Andy Robertson ensured there was no final day collapse against an already safe Brighton side that simply could not cope with Liverpool's attack.

Before kick-off Jurgen Klopp's men had to forget about trying to win the Champions League in favour of just qualifying for the competition next season.

Upcoming events in Kiev were, understandably, on everybody's minds at Anfield, but a victory over Brighton was the immediate priority before focusing on the Champions League final against Real Madrid on May 26.

Comments
Topics mentioned in this article
Liverpool English Premier League Football Mohamed Salah
Get the latest updates on ICC T20 Worldcup 2022, check out the Schedule and Live Score. Like us on Facebook or follow us on Twitter for more sports updates. You can also download the NDTV Cricket app for Android or iOS.