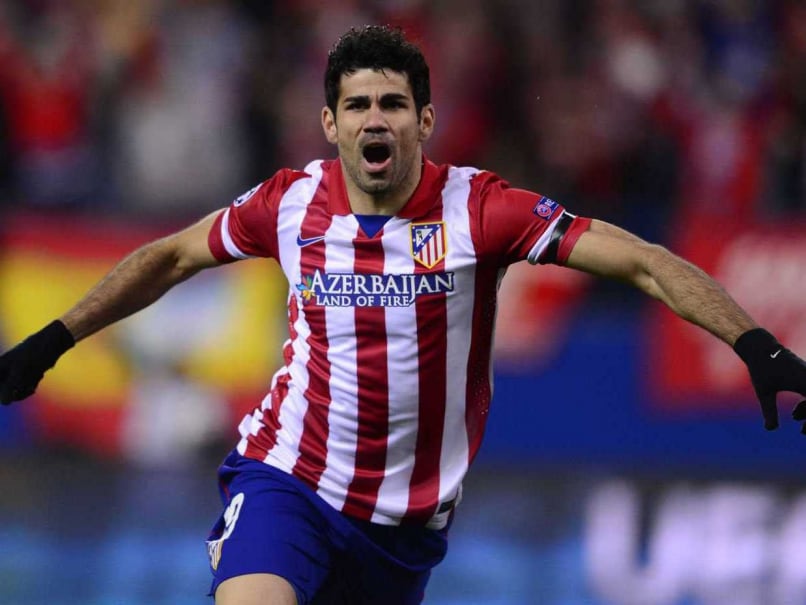 The Spain international had long been linked with a move to the London side and completion of the deal appears to be imminent after the Blues said they had met the buy-out clause for the 25-year-old forward.

"Chelsea Football Club can confirm an agreement has been reached with Atletico Madrid for the transfer of Diego Costa, with Chelsea meeting the buy-out clause for the Spanish international," said a statement on the club's website.

Atletico later confirmed that agreement had been reached on the buy-out clause, adding that Costa had expressed his desire to transfer to Chelsea at the end of last season.

It has been reported the eventual transfer fee could be in the region of 32 million pounds ($55 million, 40 million euros).

Brazil-born Costa scored 35 goals for Atletico last season as they won the Spanish title and reached the Champions League final, only to lose in extra-time to city rivals Real Madrid.

And his desire to represent Spain, rather than Brazil, at this year's World Cup in his homeland backfired spectacularly as the reigning champions crashed out in the first round.

Costa appeared in two friendlies for Brazil last year before pledging his allegiance to Spain, prompting stunned Selecao and former Chelsea manager Luiz Felipe Scolari to state: "He is turning his back on a dream of millions, to represent our national team, the five-time champions in a World Cup in Brazil."

After seeing his dreams of World Cup glory with Spain in Brazil come to nothing, Costa said: "It's been a good year in many respects but a tough one in others."

Despite his World Cup travails, Costa appears to have a big fan in Chelsea manager Jose Mourinho, with the Portuguese complaining that a lack of strikers -- despite the presence of Fernando Torres, Demba Ba and Samuel Eto'o at Stamford Bridge -- last season prevented the third-placed Blues from surpassing Premier League winners Manchester City and runners-up Liverpool in the season just gone.

Last month Spanish sports daily Marca quoted Mourinho -- whose Chelsea side lost in the Champions League semi-finals to Atletico -- as saying that "Costa is a footballer I want in my team".

Defender Ashley Cole and midfielder Frank Lampard both appear to be on their way out of Chelsea but former Arsenal star Cesc Fabregas was signed from Barcelona last month on the day before Spain suffered a crushing 5-1 defeat by the Netherlands in their opening World Cup match in Brazil.

Schwarzer made the short journey from nearby Premier League rivals Fulham to Chelsea on a free transfer last season as back-up to Petr Cech and went on to play 12 matches for Mourinho's men, including the semi-final with Atletico after the Czech shot-stopper was injured.

Comments
Topics mentioned in this article
English Premier League Chelsea Diego Costa Football
Get the latest updates on ICC Women's Cricket World Cup 2022 and IPL 2022, check out the Schedule , Live Score and IPL Points Table. Like us on Facebook or follow us on Twitter for more sports updates. You can also download the NDTV Cricket app for Android or iOS.