Fulham returned to England's top flight by winning promotion last season via a play-off, after four years in the Championship. 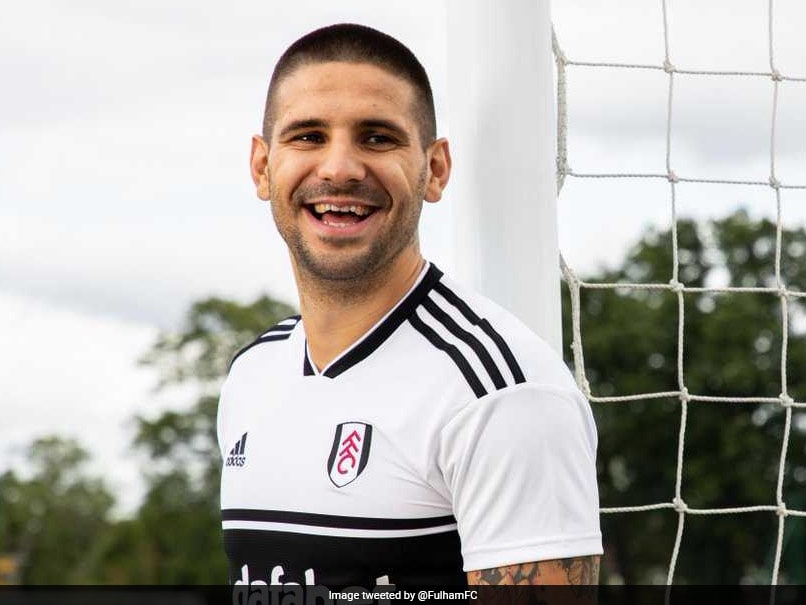 Fulham vice-chairman Tony Khan said he is delighted to have secured Mitrovic.© Twitter

Serbia striker Aleksandar Mitrovic's pivotal role to Fulham's return to the Premier League earned him a permanent move from rivals Newcastle on Monday and he declared himself "happy to the moon and back". The 23-year-old -- who scored 12 goals in 17 appearances for the Cottagers after joining them on loan in January -- cost a reported 22 million pounds ($28.9 million) and signed a five-year contract. "I'm very glad and happy and proud to finally be here and officially become a Fulham player. I'm happy to the moon and back," he told Fulhamfctv.

"I have love for the fans. They're amazing fans and I have a really good connection with them.

"This is a big club and last year we made history, we did big things, and I want to continue this. We want to keep making big things, and with all the fans behind us I think we can go far."

Fulham vice-chairman Tony Khan said he is delighted to have secured Mitrovic -- who scored 17 times for Newcastle in three years -- as he had been a target since his successful stint there.

"He was a hero in our run to promotion, and from the moment he arrived at Motspur and began working with us, we've always wanted Mitro on a permanent," said Khan.

"I told him that after the final at Wembley, and I'm thrilled to make it official today."

Mitrovic, who played for Serbia at the World Cup and has 17 goals in 40 international appearances, is the fifth recruit by his fellow Serb and manager Slavisa Jokanovic.

Fulham returned to England's top flight by winning promotion last season via a play-off, after four years in the Championship.

Fulham Aleksandar Mitrovic English Premier League Football
Get the latest updates on Fifa Worldcup 2022 and check out  Fifa World Cup Schedule, Stats and Live Cricket Score. Like us on Facebook or follow us on Twitter for more sports updates. You can also download the NDTV Cricket app for Android or iOS.