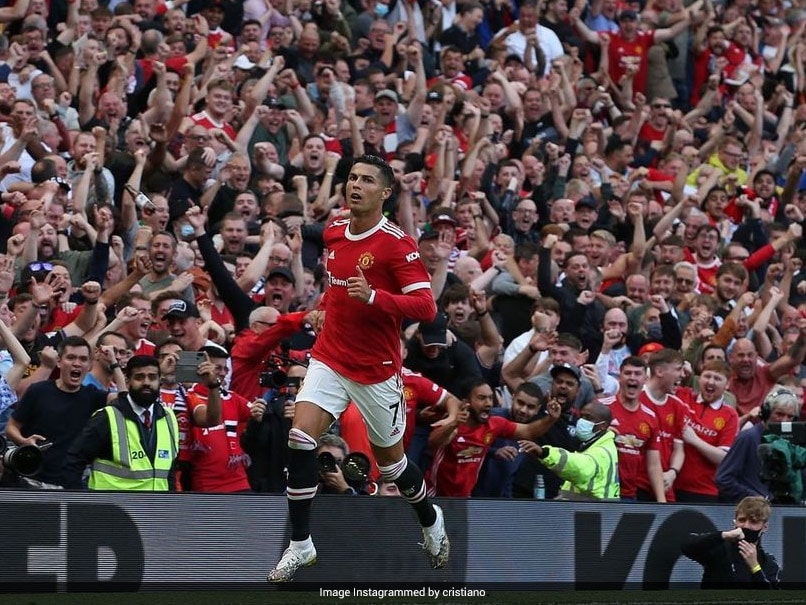 After marking his return to the Premier League with a brace, Cristiano Ronaldo took to social media to thank fans for their support during Manchester United's 4-1 win against Newcastle United at Old Trafford on Saturday. The Portugal captain was a crucial figure during the match in his second Man United debut, scoring goals in either half. Taking to Instagram, he told fans that he and his teammates are optimistic and confident for the ongoing season. "My return to Old Trafford was just a brief reminder of why this stadium is known as the Theater of Dreams. For me, it has always been a magical place where you can achieve everything you set your mind into," he wrote.

"Along with all my teammates and with the amazing support that we always get from the stands, we face the road ahead with confidence and optimism that we'll all be celebrating together in the end."

He further added, "Proud to be back at Man. United and playing in the Premier League once again, but above all, happy to help the team! Let's go, Devils!"

He gave United a first-half lead, tapping in a rebound at the cusp of half-time.

Newcastle equalised via Javier Manquillo in the 56th-minute. But Ronaldo gave United the lead back, completing his brace in the 62nd-minute after his run was spotted by Luke Shaw.

Bruno Fernandes ended Newcastle's hopes in the 80th-minute with a fierce screamer from the edge of the box. Jesse Lingard piled further misery with a goal in injury time.

The win helped United climb to the top of the Premier League table, with 10 points from four games. Meanwhile, Newcastle fell into the relegation zone in 19th position with a point from four matches.

Cristiano Ronaldo Bruno Fernandes Jesse Lingard English Premier League Football
Get the latest updates on ICC Women's Cricket World Cup 2022 and IPL 2022, check out the Schedule , Live Score and IPL Points Table. Like us on Facebook or follow us on Twitter for more sports updates. You can also download the NDTV Cricket app for Android or iOS.