Arsenal will remind captain Pierre-Emerick Aubameyang of his responsibilities after a video emerged of the forward getting a tattoo, which could be a breach of coronavirus restrictions. 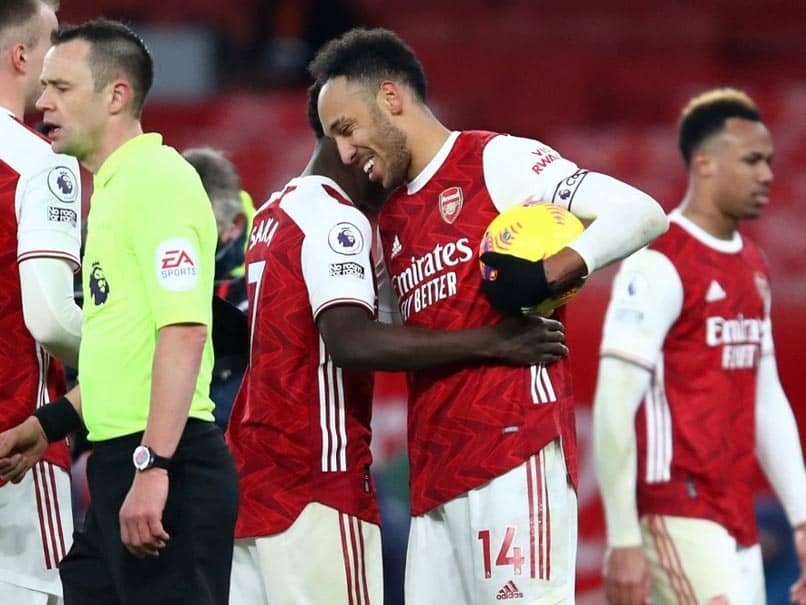 Pierre-Emerick Aubameyang scored a hat-trick for Arsenal in a 4-2 win against Leeds.© AFP

Arsenal will remind captain Pierre-Emerick Aubameyang of his responsibilities after a video emerged of the forward getting a tattoo, which could be a breach of coronavirus restrictions. Tattoo artist Alejandro Nicolas Bernal posted the social media clip on February 9, where Aubameyang is seen to get a new tattoo on his hand. England has been under a national lockdown for nearly two months to try and bring down Covid-19 infection rates. It is unclear when the incident took place, but Arsenal confirmed they had spoken to Aubameyang about it.

"We will speak to the player to remind him of his responsibilities and establish what has taken place," said an Arsenal spokesperson.

Aubameyang scored a hat-trick for the Gunners in a 4-2 win against Leeds on Sunday in his first start for a month.

The 31-year-old was allowed to travel abroad last month to visit his mother, who was suffering from illness, and had to quarantine on his return.

Arsenal Pierre-Emerick Aubameyang English Premier League Football
Get the latest updates on India vs England Series, India vs England , live score and IPL 2021 Auction . Like us on Facebook or follow us on Twitter for more sports updates. You can also download the NDTV Cricket app for Android or iOS.