Arsenal manager Mikel Arteta said Friday he had received threats towards his family on social media as he joined calls for internet giants to do more to stamp out abuse. 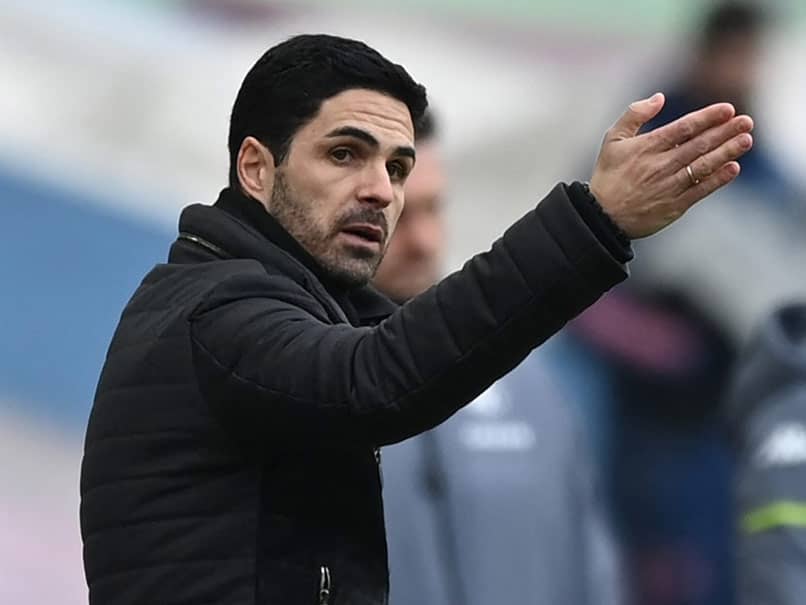 Mikel Arteta said he is not the only one suffering from online abuse.© AFP

Arsenal manager Mikel Arteta said Friday he had received threats towards his family on social media as he joined calls for internet giants to do more to stamp out abuse. The Spaniard said he no longer uses his Twitter account after flagging the incidents to the club. "I think if we would be reading everything that is written about us, probably we'd have to stay in bed a lot of days," said Arteta. "I think we are all exposed in this industry to that and that's why I prefer not to read because it would affect me personally much more the moment somebody wants to touch my family.

"Because it happened, the club was aware of it and we tried to do something about it. And that's it. We have to live with it.

"It is not going to stop tomorrow, we know that, but medium, long-term can we do something about it? That's what I am pushing for."

Football authorities in Britain have sent an open letter to social media companies calling on them to do more to stamp out abuse following a spate of recent incidents.

Manchester United's Marcus Rashford, Axel Tuanzebe, Anthony Martial and United women's player Lauren James are among those who have been the targets of racist abuse on social media, along with West Brom's Romaine Sawyers and Chelsea defender Reece James -- Lauren's brother.

Newcastle boss Steve Bruce said on Thursday he had been made aware of social media users wishing him dead, while referee Mike Dean asked not to officiate a Premier League game this weekend after he and his family received death threats.

"I am not the only one who is suffering these kind of things," said Arteta.

"I think when you are winning everything is beautiful and you are incredible and you are the best coach and when you lose it is the complete opposite.

"That is the reality and it is not pleasant. When it goes personal against me I can take it but when the family is involved then it is a different story."

Chelsea boss Thomas Tuchel said he had trained himself to ignore anything said or written about him as a defence mechanism.

"I had to learn and train myself not to read about me, not in good times and not in bad times," said the German, who has made a flying start to his time in England.

"If it's out there and everybody's talking highly about you, it triggers something in you and if they speak of course badly about you then that sticks with you as well," he added.

Arsenal Mikel Arteta Football English Premier League
Get the latest updates on IPL 2021, IPL Points Table , IPL Schedule 2021 , live score . Like us on Facebook or follow us on Twitter for more sports updates. You can also download the NDTV Cricket app for Android or iOS.