Danny Welbeck has impressed for the Gunners since his 16 million pounds ($25.1 million, 20 million euros) transfer deadline day switch from United. 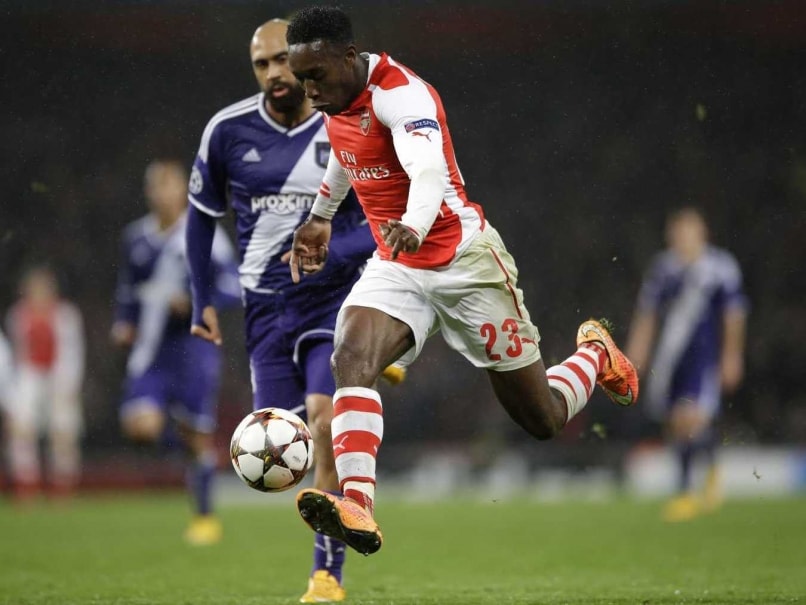 Arsene Wenger says Arsenal striker Danny Welbeck has been playing with a point to prove as he prepares for his first reunion with former club Manchester United on Saturday.

The England international's five goals in 12 appearances have gone some way to silencing the critics, including United boss Louis van Gaal, who said Welbeck wasn't up to the standard required at Old Trafford.

Arsenal manager Wenger knows he has benefitted from Welbeck's determination to show he can make it at the highest level and he expects the forward, a boyhood United fan who had been at the club for 11 years, to be fully motivated when United come to the Emirates Stadium this weekend. (Man City boss still eyeing EPL title)

"You can take every challenge in a positive way and that is what Danny did," Wenger said.

"You have to understand Louis van Gaal did not have Welbeck under his command for a long time and it is always very difficult to know the players well when you see them for three or four weeks.

"Wayne Rooney and Robin van Persie have an exceptional goalscoring record -- he had two quality players in front of him, so what he needed was a chance.

"What is important is that the player makes a good career and has a good opportunity."

United, like Arsenal languishing well behind leaders Chelsea after a spluttering start, received a fresh blow during the international break when Dutch midfielder Daley Blind sustained a knee ligament injury likely to sideline him for several weeks

But although they face ongoing injury problems in defence, goalkeeper David de Gea and midfielders Michael Carrick and Angel di Maria should all be fit to face Arsenal despite sustaining knocks on international duty.

The season may be only 11 games old, but complacency and rank misfortune already seem the only factors capable of preventing Chelsea from romping to a first league title since 2010.

A 2-1 win at Liverpool enabled Jose Mourinho's side to open up an eight-point lead over reigning champions Manchester City prior to the international window, while Arsenal, United and Liverpool are even further back.

"The win at Anfield was really important because it was a really difficult game and we knew it was important for the future," said Chelsea left-back Filipe Luis during a fan event at Stamford Bridge this week.

Chelsea host West Bromwich Albion on Saturday and will hope to see top scorer Diego Costa firing on all cylinders after he was left out of the Spain squad to rest his troublesome hamstrings.

The only team who have threatened to keep pace with Chelsea are Southampton, who trail the leaders by four points ahead of their trip to Aston Villa in the Monday night game.

Champions City will look to drag themselves out of a damaging rut when they host Swansea on Saturday, having won only one of their last six matches in all competitions.

Manuel Pellegrini's side are on the brink of elimination in the Champions League ahead of Tuesday's home game with Bayern Munich, but have at least been able to rely on the form of Sergio Aguero.

The Argentine sharp-shooter scored his 11th and 12th league goals of the season in City's 2-2 draw at Queens Park Rangers a fortnight ago and appears to have overcome the injury problems that bedevilled him last term.

Another team in desperate need of an upturn in fortunes are Liverpool, who lie in 11th place, 15 points behind Chelsea, after three games without a victory.

On Sunday, Brendan Rodgers's side play Crystal Palace at Selhurst Park, scene of their crushing late-season capitulation last May, when they effectively gifted City the title by letting a 3-0 lead slip to draw 3-3.

Liverpool's woes have been compounded by the news that striker Daniel Sturridge could be out until the new year after aggravating a thigh injury.

Comments
Topics mentioned in this article
Manchester United Arsenal English Premier League Danny Welbeck Football
Get the latest updates on IPL 2020, check out the IPL Schedule for 2020 and Indian Premier League (IPL) Cricket live score . Like us on Facebook or follow us on Twitter for more sports updates. You can also download the NDTV Cricket app for Android or iOS.