India vs England, 1st Test, Day 4 Highlights: Stuart Broad struck to remove KL Rahul as India lost one wicket before Stumps to finish on 52/1, needing 157 runs to win on the final day. 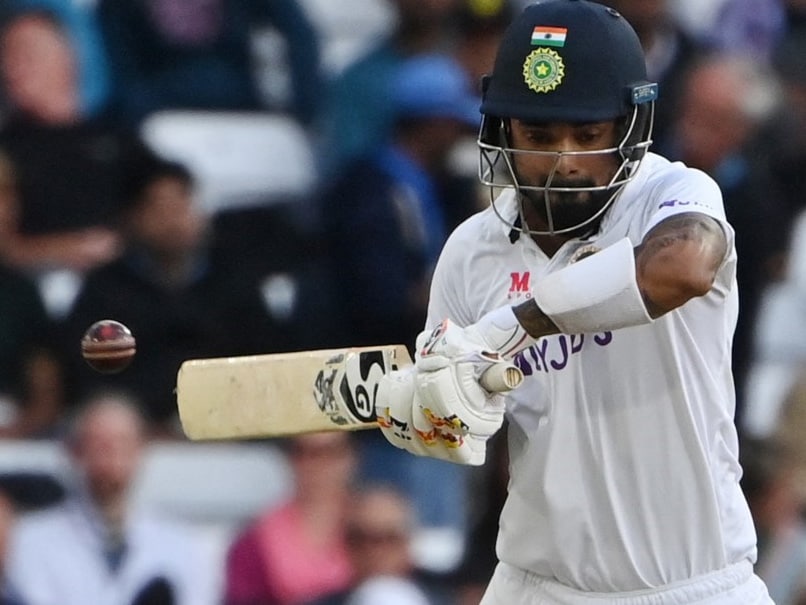 IND vs ENG, 1st Test: KL Rahul departed after getting a good start in the second innings.© AFP

India finished Day 4 on 52 for 1, still needing 157 runs to win the Test on the final day. Stuart Broad got KL Rahul caught behind after Rahul and Rohit Sharma gave India a steady start in their chase. Cheteshwar Pujara accompanied Rohit Sharma at Stumps. England set India a target of 209 runs to win the first Test at Trent Bridge. Joe Root starred for the hosts with a splendid 109 as England's batsmen kept India on the field for most parts of Day 4. For India, Jasprit Bumrah picked up a five-wicket haul while Mohammed Siraj and Shardul Thakur got two wickets each. Root got his 21st Test hundred with a straight drive for four off Shardul Thakur in the third session and broke into ecstatic celebrations. Root and Dom Sibley's 89-run partnership for the third wicket helped England get a lead in the second innings after having conceded a first-innings lead in the Test. India posted 278 runs in the first innings in response to England's 183, taking a lead of 95 runs. (SCORECARD)

James Anderson Live Score Live Cricket Score England vs India, 1st Test England vs India, 2021 Cricket Live Blogs
Get the latest updates on ICC T20 Worldcup 2022, check out the Schedule and Live Score. Like us on Facebook or follow us on Twitter for more sports updates. You can also download the NDTV Cricket app for Android or iOS.