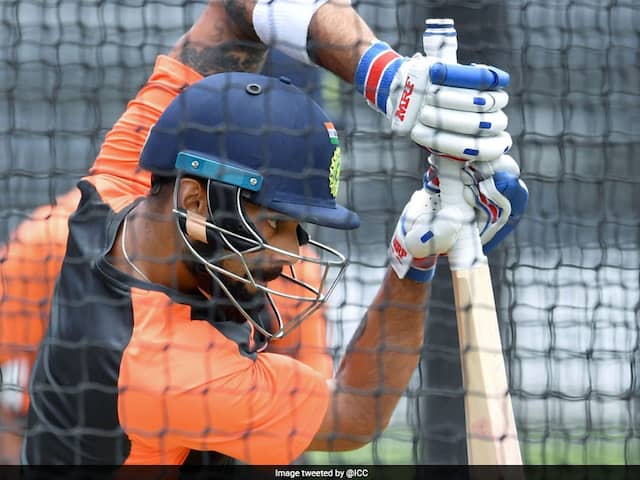 Team India skipper Virat Kohli last week became the only Indian batsman after Sachin Tendulkar to sit atop the ICC Test rankings for batsmen. Impressed by Kohli's feat, Australian great Steve Waugh said that the 29-year-old is the best batting technician currently playing international cricket. Waugh went on to add that Kohli's drive to prevail over opponents is what sets him apart. "He (Kohli) has got the game to survive anywhere, I think he's got the best technique of anyone in world cricket," Waugh told cricket.com.au.

"I think Steve Smith is probably the hungriest batsman but he's obviously not playing for 12 months, so Kohli really is the premier batsman in world cricket.

"And he likes the big occasion.

"Like (Brian) Lara and Tendulkar and (Viv) Richards and Javed Miandad, and all the great batsmen, they want the big occasion and that brings out the best in their cricket," Waugh added.

Following his fruitless 149 in India's opening Test loss to England at Edgbaston, Kohli leapfrogged banned ex-Australia captain Steve Smith, who had been the top-ranked Test batter for more than two and half years.

He had 134 runs from his previous 10 Test innings in England, but on this tour, he overhauled that mark with a 149-run knock in the first innings in Birmingham.

After scoring his maiden ton on the English soil, Kohli returned in the second innings and played a 51-run knock to steer India closer to the 194 runs target set by England.

His 149 in India's first innings was the 22nd century of his 67-match Test tenure.

In the seven years since Kohli debuted against the West Indies in Jamaica, he has scored more Test hundreds than any teammate or rival.

With India set to travel to Australia in November for 3 T20Is, 4 Tests and 3 ODI series, Waugh said Kohli's desire to win a Test series in Australia might put him in under pressure during the tour.

"He'll be putting a bit of pressure on himself, this (a series win in Australia) will be the feather in the cap if he can pull this off," the former right-hand batsman said.

"If we play really good cricket, then it's a bit like the last series in India where Steve Smith totally dominated him."

Virat Kohli Steve Waugh England vs India, 2018 Cricket
Get the latest updates on IPL 2020, check out the IPL Schedule for 2020 and Indian Premier League (IPL) Cricket live score . Like us on Facebook or follow us on Twitter for more sports updates. You can also download the NDTV Cricket app for Android or iOS.