India had lost the three-match ODI series against England. 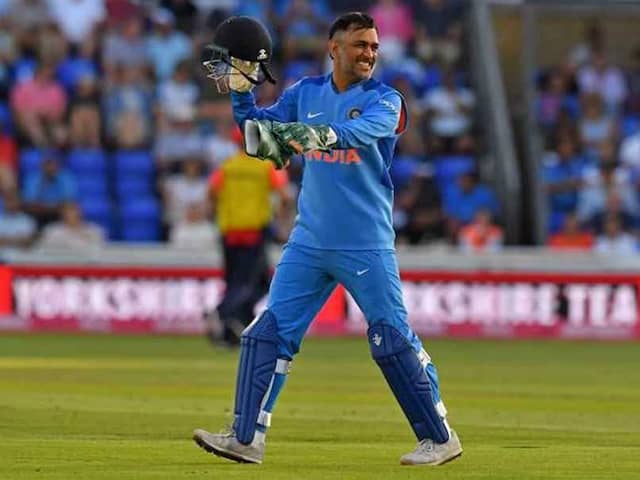 MS Dhoni had taken the match-ball from umpire at end of the 3rd ODI vs England.© AFP

MS Dhoni on Thursday revealed why he took the match ball from the umpire at the end of the third One-Day International (ODI) against England at the Headingley cricket ground in Leeds. This action of Dhoni had led to the rumours of his retirement from international cricket. However, clearing all the speculations about his retirement, the 2011 Cricket World Cup-winning captain, said that he took the ball for the ICC Cricket World Cup 2019 preparation, confirming that he has got an eye set on next year's World Cup.

"Since we will be playing the World Cup in England, we must know what we have to do to get the reverse swing going," Dhoni was quoted as saying by ICC-cricket.com.

"The opposition is getting it, so we should also get it at some point or the other. That's why I did that [took the ball from umpire]," the wicketkeeper-batsman further added.

India had lost the three-match ODI series against England. Thus, keeping next year's World Cup in sight, Dhoni was hoping that the particular ball will help his team improve their death bowling at the cricket's biggest stage next summer.

"After 50 overs, the ball is useless to the ICC, so I requested the umpire for the ball and gave it to our bowling coach and said we need to work on it so that we can get a bit of reverse swing going.

"That will help the fast bowlers get those yorkers or wickets towards close or after the 40-over mark. That will help us restrict the opposition in the last 10 overs," the Ranchi stalwart explained.

MS Dhoni England vs India, 2018 Cricket
Get the latest Cricket news, check out the India cricket schedule, Cricket live score . Like us on Facebook or follow us on Twitter for more sports updates. You can also download the NDTV Cricket app for Android or iOS.