India begin a long and trying Test series in England on Wednesday. 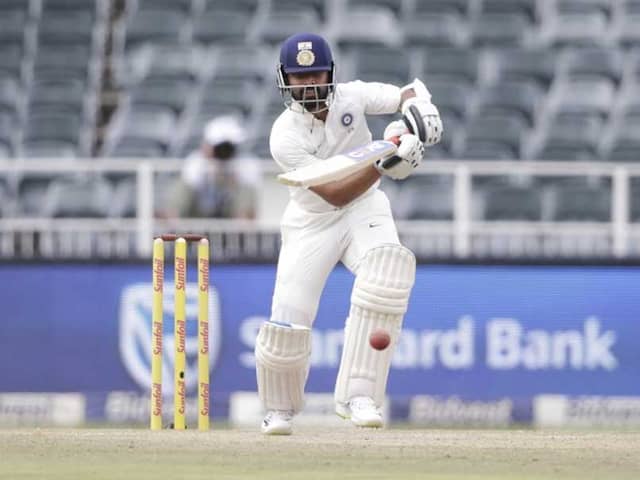 Ajinkya Rahane is a perfect example of how the Indian bench strength has grown in four years.© AFP

Team India vice-captain Ajinkya Rahane believes that the touring Indian batsmen face a stern test of character as they prepare to lock horns with hosts England in the five-match Test series that begins at Edgbaston on Wednesday. MS Dhoni's men were beaten 3-1 in the Test series when they toured England four years ago as the team struggled for consistency in all departments. However, Rahane stressed that the current squad is capable of making things difficult for the home team this time around as both the units are on par as far as skill sets are concerned. "In terms of skill, both teams are on par. It will be a test of our mind and character here," Rahane told cricket.com.au.

The 30-year-old is a perfect example of how the Indian bench strength has grown in four years. In 2014, Rahane was just five Tests old, still, he managed to apply himself well in the foreign conditions with a century and a couple of fifties.

Rahane, who has played 45 Tests till date, has scored nine hundreds and has led India in Virat Kohli's absence, most recently against Afghanistan last month.

Rahane said the key to succeeding in the longest format would be to play with patience and respect the conditions.

"Patience is the key in England," he said. "It also depends on the weather: if it's sunny, it's very good to bat. If it is cloudy it is good for the bowlers.

"If the weather changes, it is important for the set batsman to hold back, respect the bowler and the conditions. If you are really set here, you should make it count."

India lost the One-day International (ODI) series 2-1 while they won the Twenty20 International (T20I) competition by the same margin, but the white-ball contests were just a sneak peek to what promises to be an absolutely grueling five-match Test series.

Virat Kohli Edgbaston, Birmingham England vs India, 2018 Cricket England vs India, 1st Test
Get the latest Cricket news, check out the India cricket schedule, Cricket live score . Like us on Facebook or follow us on Twitter for more sports updates. You can also download the NDTV Cricket app for Android or iOS.