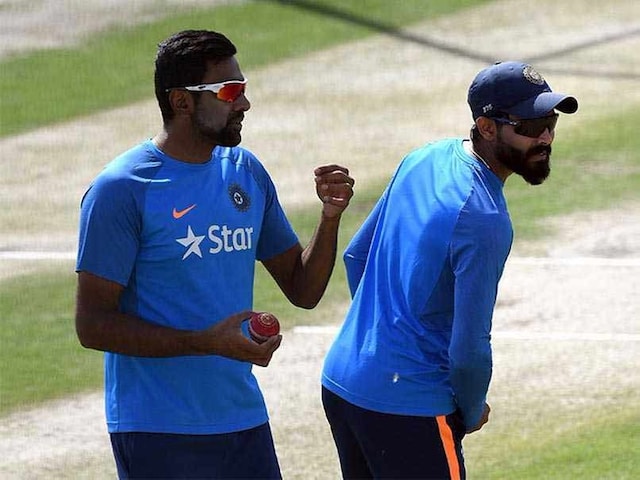 Ashwin last played during the one-off Test against Afghanistan in June.© AFP

With the limited-overs series done and dusted, the real Test for Team India will now begin as they take on England in the five-match Test series starting August 1 at Edgbaston cricket ground in Birmingham. Ahead of the Edgbaston Test, Indian team will indulge in a four-day practice game against county side Essex from Wednesday. The warm-up game will help the visitors to test the strengths and drawbacks beside figuring out the perfect combinations ahead of the first Test. India senior spinner Ravichandran Ashwin and all-rounder Ravindra Jadeja were seen trying out different variation in the nets ahead of the warm-up clash against Essex. Team India's Instagram account uploaded a video where Ashwin and Jadeja are sweating hard for the big series. "Getting into the groove are our spin duo - @rashwin99 and @royalnavghan ," Indian cricket team's Instagram post read.

Getting into the groove are our spin duo - @rashwin99 and @royalnavghan . #TeamIndia

"Sometimes I feel we over-cook, over-prepare ourselves. It is important to stay in the moment and react to it. It will be crucial on how early we acclimatize in the series. Once we do that it's all about reacting to situation and having that belief that you can retaliate at any point because it's a long Test series. We are going to commit mistakes and so will the home team. I want to use my experience that I have played Test cricket for and try to make it to best use," Ashwin said.