India vs England: I Like My Nickname 'Hitman' A Lot, Says Rohit Sharma 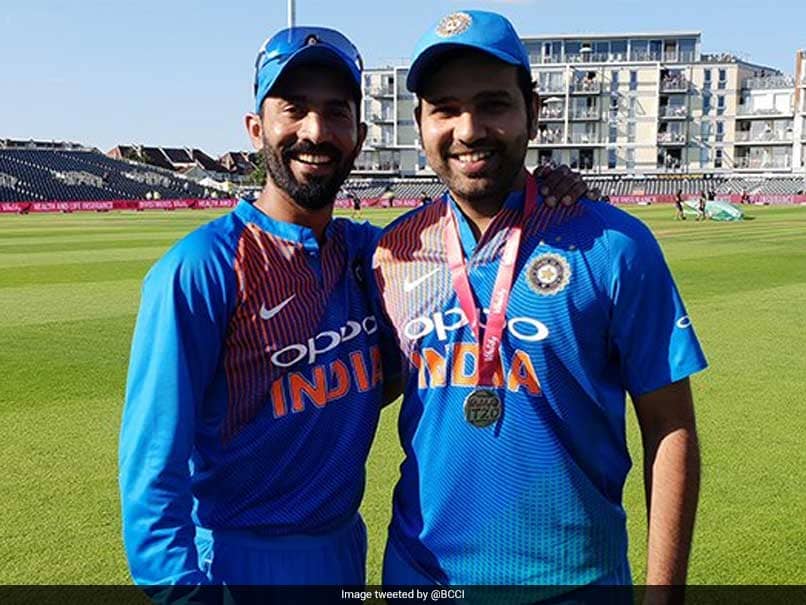 Rohit Sharma in a chat with Dinesh Karthik spoke about how he likes his name 'Hitman'.© Twitter

Rohit Sharma scored a sensational unbeaten century to power India to a seven-wicket victory in the third and final T20I against England. In doing so, he became the second batsman after New Zealand's Colin Munro to score three hundreds in the shortest format of the game. He also became the first Indian to achieve this unique feat. Rohit Sharma, adjudged as the man of the match and man of the series, in a chat with Dinesh Karthik, spoke about how he likes his name 'Hitman' and what inspires him produce his A-game day in and day out.

"Honestly, I kind of like 'Hitman' a lot. It goes with my name as well. I like that," said Rohit when Karthik asked him if he wanted to change his nickname to something else.

Currently, Rohit Sharma is the only player who has scored three hundreds in T20Is and three double-centuries in ODIs and when he was asked to rate his hundreds, he said it is difficult to do so.

"In the past people have asked me about my three double hundreds and to pick one of them and I never picked one. All three of them were very different and came at different times. So, as a cricketer it is so difficult to pick one particular hundred that you scored, because every hundred is special," the right-handed batsman further added.

"Most people know that you time the ball better when Ritika is around. This time, I don't think I've spotted her, so how did you manage to get this hundred with her not being here," Karthik asked with a smile.

"I'm sure she must have been glued to the TV watching me play. Yes, she will be here in the next few days and I can't wait to have her here. But having said that, I know she has been watching from India and I would have loved to have her here. Nevertheless, we still have some games to go and yes, it was great to win the game and be on the winning side and get some runs," Rohit remarked.