Stokes rejoins England squad in Cardiff on Saturday after coming through an innings of 90 in 68 balls playing for Durham on Thursday. 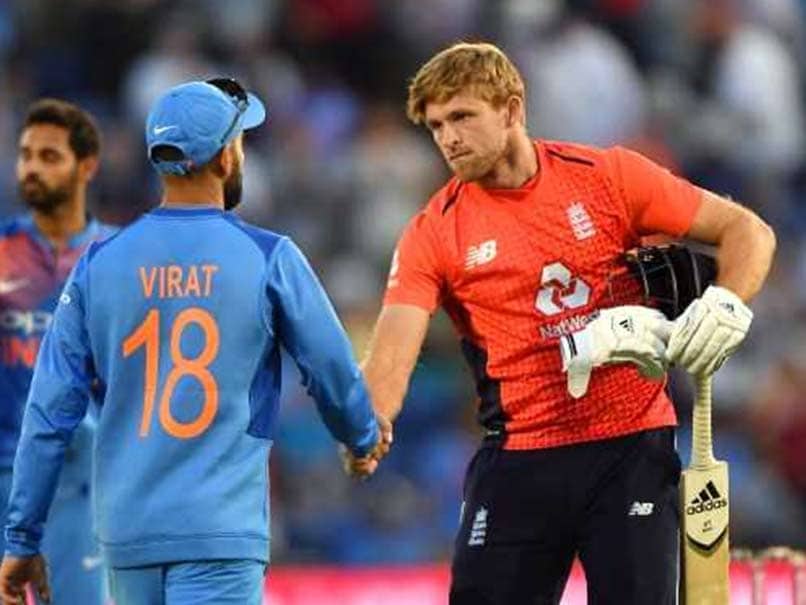 England one-day captain Eoin Morgan has refused to guarantee that Ben Stokes will jump straight into the side for Sunday's T20 series decider against India in Bristol. All-rounder Stokes missed the recent one-day series against Australia with a hamstring injury and has sat out the first two 20 over games against India. Stokes rejoins the squad in Cardiff on Saturday after coming through an innings of 90 in 68 balls playing for Durham on Thursday. Alex Hales recently said he thought his place was vulnerable when Stokes came back but he gave the selectors food for thought with his match-winning innings of 58 not out at Sophia Gardens which levelled the series up. Virat Kohli admitted that England were a better side in the second T20I with the hosts comfortably chasing a 150-run target.

"They did their homework and played really well. It changed the momentum in the middle overs and that was the difference," Kohli added.

England insist Stokes has no injury worries and is fit for selection leaving Hales or Jake Ball, who made his international T20 debut in Friday's last over five wicket win facing exclusion.

"He comes into the squad for the next game and he is a fantastic player and it will be a difficult decision to make," Morgan told reporters after the Cardiff win.

"We have made calls like this in the past and we will make the call for the benefit of the team and put out our strongest XI.

"Alex always makes it difficult particularly in T20 cricket. He has played a lot of T20 for us and he is a very experienced campaigner. An innings like that gives him a pretty strong case for the next game.

"But we played better than we did at Old Trafford and the plans we had we committed to more. There was a lot more clarity in the shots that we played."

Hales struggled in the first T20 match in Manchester when England were beaten by eight wickets and young left-arm spinner Kuldeep Yadav took five wickets for 24 runs to set up an Indian victory.

But Hales and England's other batsmen had been working on the bowling machine nicknamed Merlyn which they use to mimic bowlers' actions and it paid off with Hales and the rest neutering Yadav who went wicketless.

Miserly spells from Liam Plunkett and David Willey, who took one for 17 and one for 18 respectively helped England keep India down to 148-5 despite some big late hitting from MS Dhoni who made 32 not out and 47 from Kohli.

"Jake Ball gave us three really good overs on his debut and they all hit their lengths really well and it presents opportunities to take wickets and they did it well."

Ben Stokes England vs India, 2018 Cricket England vs India, 2nd T20I
Get the latest updates on IND vs NZ 2021, check out the Schedule and Live Score . Like us on Facebook or follow us on Twitter for more sports updates. You can also download the NDTV Cricket app for Android or iOS.