Mahendra Singh Dhoni's garden appeared very rosy when his unfancied side claimed their first overseas win in three years with a comprehensive second Test victory at Lord's but the joy and relief proved to be nothing more than a decorative flower. 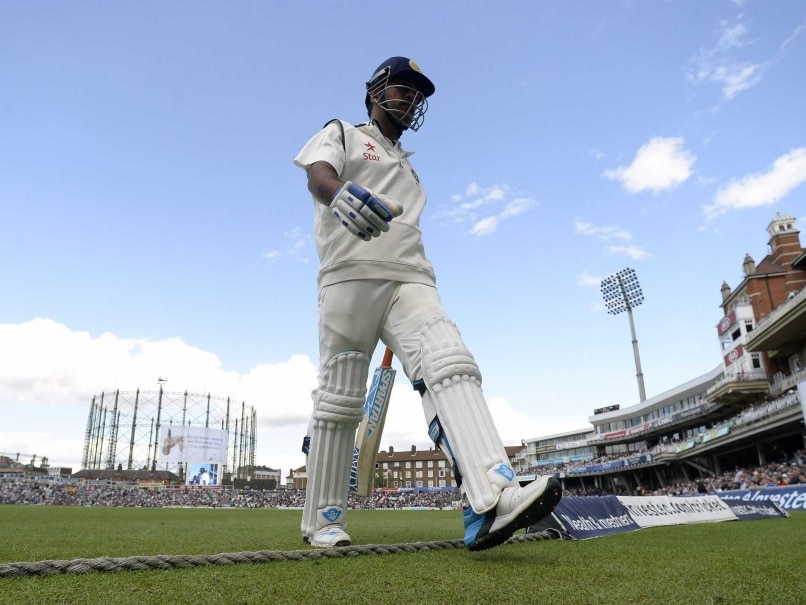 India's propensity for foreign failures was exposed in 2011 when the side lost eight consecutive Tests with back-to-back 4-0 thrashings in England and Australia.© Reuters
Mumbai:

Beleaguered India skipper Mahendra Singh Dhoni appears set to retain his Test captaincy role - if he has the desire to continue - due to a sheer lack of alternative options to take on the job after yet another calamitous overseas tour.

India's propensity for foreign failures was exposed in 2011 when the side lost eight consecutive Tests with back-to-back 4-0 thrashings in England and Australia.

If fans in the world's second-most populous nation, where cricket is treated like a religion, thought that period was the lowest point possible, they were in for a rude awakening when India landed in England for a recent five-Test series.

Dhoni's garden appeared very rosy indeed when his unfancied side claimed their first overseas win in three years with a comprehensive second Test victory at Lord's but the joy and relief proved to be nothing more than a decorative flower.

They capitulated meekly against a resurgent England in the next three matches, the final nail hammered into their coffin at The Oval when they lost by an innings and 244 runs and in less than three days to slump to a 3-1 series defeat.

While coach Duncan Fletcher saw his role reduced after the disastrous Test segment of the tour with the Indian board moving quickly to appoint Ravi Shastri as director of cricket, there was barely a murmur on Dhoni's fate.

In the 19 Test matches Dhoni has led India outside the country since their 2011 50-over World Cup triumph on home soil, the team has emerged victorious on just two occasions while the defeats column has moved rapidly on to an embarrassing 12. (Shastri Appointment Increases Pressure on Dhoni, Fletcher)

It was not always doom and gloom for the hard-hitting wicketkeeper-batsman from Jharkhand, who enjoyed a meteoric rise in popularity after his one-day international debut in 2004 and first Test cap a year later.

As a rookie captain of the Twenty20 side in 2007, he guided his men to victory in the inaugural World Cup in South Africa and was handed the reins of the Test team later that year after Rahul Dravid stepped down.

His dashing performances made him a poster boy of Indian cricket, probably second only in popularity to batting maestro Sachin Tendulkar, due to his no-nonsense attitude and possession of an uncanny Midas touch.

As captain, the 33-year-old took India to the number one Test ranking, added the 50-over title to his resume in 2011, after a gap of 28 years, and also won the Champions Trophy in England to forge a permanent place in Indian cricket folklore. (Read: Fletcher Can't be Blamed for India's Poor Show, Says Alec Stewart)

His records probably never allowed administrators to look beyond him as the team's figurehead or put in place a succession plan as Dhoni continues to lead India in Tests, ODIs and the shortest Twenty20 format.

When a much-criticised Dhoni was able to keep his job after the 2011 humblings in England and Australia, the general consensus is that it will be up to the player himself to decide when he steps down or hand the reins over to someone else.

Making matters even worse is the fact that following the retirement of several senior cricketers in the past few years, India do not have a single viable option able to step in and replace Dhoni. (India Will Lose Four-nil in Australia: Glenn McGrath to NDTV)

Rising star Virat Kohli was considered a possible alternative but the 25-year-old batsman's woeful form in England means he probably needs time to sort out his own problems before shouldering the extra burden of captaincy.

"He (Dhoni) is only surviving because there's no alternative. Otherwise, yes, it's probably time to rethink on Test captaincy and take the burden off him," former chairman of selectors Krishnamachari Srikkanth told Indian television.

"But who's the next captain? That is the problem. I mean with Virat Kohli's form he is not in contention at all."

India's leading national dailies and social media users have been united in their condemnation of the disastrous Test series in England with Dhoni and Fletcher bearing the brunt of the collective anger.

While former captain Sunil Gavaskar bemoaned an apparent lack of fight as 'jelly-like resistance', newspapers opted to instead heap praise on the women's team for showing the men how to win on English soil in their one-off Test last week.

It could be argued that it was an impossible task to lift the side during the last three Tests in England, but critics often highlighted Dhoni's lack of imagination while leading the team.

He did try to lead by example with the bat, however, notching up the second highest amount of runs by an Indian in the series after opener Murali Vijay but most of the time his resistance came as a last hurrah in an already lost cause.

According to former captain Sourav Ganguly, considered by many as one of the best to have led the country, Dhoni has to improve his tactical acumen and 'reassess himself' as his overseas captaincy was not up to scratch.

"As much as I believe he should still carry on in spite of the call for his head, he needs a massive improvement in his tactics," Ganguly wrote in a column, published by the Hindustan Times newspaper on Wednesday.

"He needs to be lot more proactive rather than allowing it to drift."

Comments
Topics mentioned in this article
Eng vs Ind, 2014 India Cricket Team England Cricket Team MS Dhoni Cricket
Get the latest updates on SA vs IND 2021-22, check out the Schedule and Live Score . Like us on Facebook or follow us on Twitter for more sports updates. You can also download the NDTV Cricket app for Android or iOS.