Dhoni Doesn't Get the Credit He Deserves, says Ravi Shastri

Team director for the limited overs series in England gives skipper a big pat on his back. 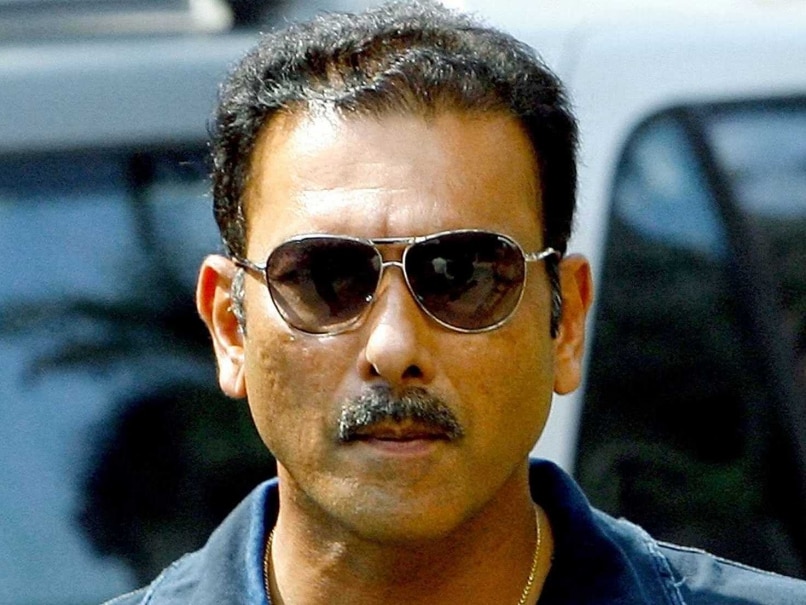 Ravi Shastri has some enviable results to show in leadership roles. As skipper, he won the only Test he captained India in - vs Viv Richards' West Indies at Chennai in 1988. When he was appointed captain of the one-day outfit for the 1988 Sharjah Cup, he won that too. In short, India did not lose when Shastri was at the helm for a full ODI series. (Also read: Ravi Shastri may be asked to continue till World Cup)

As cricket manager for the Bangladesh series after the disastrous 2007 World Cup, he helped put things back on track in the absence of a head coach. More recently, after the 1-3 Test loss to England, Shastri was made Team Director and had an instant effect on his side which was armed with a new-look support staff save head coach Duncan Fletcher, who seems to have Shastri's backing to continue till next year's World Cup.

Yesterday (Tuesday), the 52-year-old former all-rounder spoke to mid-day about what he thought his team achieved through their 3-1 ODI series win in England. Shastri couldn't help emphasising the fact that it was a 3-1 result in a four-match series because the first one-dayer at Bristol was washed out.

When you met the team for the first time in London, did you see a bunch that was hurting?

Absolutely. It was a fantastic bunch which played like a team. They realised what they had done. The first thing that I said was, they've showed me India's greatest Test win overseas (at Lord's) and then they showed me spineless cricket as well. I don't hide anything. It must be emphasised that it's the players and team that have done well. It's not about me. At the end of the day, the players have to go out and express themselves, which they did brilliantly. It's something that made me proud as an Indian, proud as a former player.

Did the team's splendid fielding display reflect that determination?

Yes. It's always the fielding that tells you where you stand as a team.

Did you emphasise the need for an extraordinary fielding effort or did it come with the flow?

No, no, no. It was emphasised by one and all. The entire coaching staff and everyone else spoke about what fielding well can do. It came from the captain as well. MS (Dhoni) doesn't get the credit he deserves. He is outstanding and now I know why he has the medals that he has, as opposed to other Indian captains.

You seem to be convinced that Indian cricket is in good space, at least in one-day cricket...

I have always been convinced. When it comes to playing overseas, it will take about three years to get the proper results for this young team to really attack and play brilliant cricket. Show me a team barring South Africa to an extent that play well overseas.

Almost the whole of cricketing India is in 'Shastri must be around for the World Cup' mode...

One step at a time! Look, these players have done what a lot of great players haven't by winning the first bilateral series in England in 24 years, so give them the credit and a lot of top one-day players have come here wearing that India shirt. Let the players enjoy what they have achieved and remember they were not whitewashed in the Test series. Like I said, it was one of the greatest triumphs at Lord's and then a totally inexplicable spineless display after that. And then to bounce off that a week later and thrash England the way they did, only goes to show that a good side doesn't become a bad side easily.

Do you think you've got a fix on what went wrong in the Test series?

To an extent, yes.

So where would you put your finger?

You can't. There are multiple things. It's how you approach it. It's a different format altogether. That's why I say give this team two to three years. I am not going to jump the gun and say after this one-day performance that they are a top Test side. No! You need a lot of work for them to play to and above their potential to beat sides overseas. It depends on a lot of things that have to come into place. Just the batsmen and only the bowlers can't win you a series. It has to be combined. It will take time for that combined effect to happen.

And in one-day cricket...

We can improve on this performance. If they (the team) reflect on how they lost the last couple of games (Headingley ODI and Birmingham T20I), there is plenty of room to improve and tighten things.

You enjoyed working with Duncan Fletcher?

Once I get into a dressing room, I make sure I enjoy. I enjoy, the boys will enjoy it and the support staff too. They did a fabulous job.

You've virtually given Fletcher a clean chit in your interview with Cricinfo. Are you comfortable with that assessment?

You are not known to be high on emotion but did you feel nostalgic when you were in the India dressing room?

When I played cricket for India, no one was allowed in the dressing room especially when I was captain of Mumbai, West Zone or India - no aaltu faltoos in the dressing room. That's a place of pride and that's exactly what I thought when I went in this time.

Did Lord's give you a special feeling?

Yes, it did because I was part of the team that won last at Lord's before the 2012 Test win. Kapil (Dev) and me got into a partnership (unbroken 26-run stand for the fifth wicket) and we won the game. The last time India won a one-day series in England was when I played - under Azhar (Mohd Azharuddin). Luckily, I've been part of some great moments in Indian cricket as a player and broadcaster.

Clearly, there are some holes to plug. Rohit Sharma for example, is an enigma of sorts - wonderful player but just doesn't have the consistency to be a regular in Test cricket. What did you tell him in your interactions?

They will all come around. There is enough talent and there is enough class. I would have had a much longer interaction with Rohit, but unfortunately he got injured. He is one of India's key players looking at the World Cup coming up. He is a serious talent.

If I asked you to wear your commentator's hat while answering this question, would you agree that Rohit was dropped too early in the Test series?

Like I told the boys, I am not going into the past. I've never looked in the past, neither do I look into the future. I had a job to do, the job is over and I am happy with the result.

Comments
Topics mentioned in this article
MS Dhoni Ravi Shastri India Cricket Team England Cricket Team Eng vs Ind, 2014 Cricket
Get the latest updates on IPL Auction 2023 and check out  IPL 2023 and Live Cricket Score. Like us on Facebook or follow us on Twitter for more sports updates. You can also download the NDTV Cricket app for Android or iOS.