In a bizarre comment, England's Professional Cricketers' Association chief Angus Porter said that Moeen Ali should take the booing, which seems to have a racial and ethnic angle to it, as a complement. 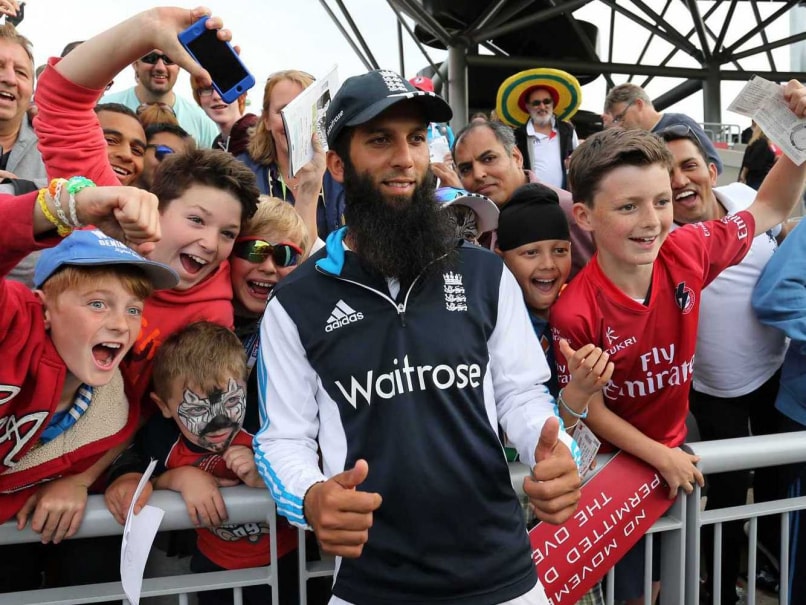 The head of England's Professional Cricketers' Association has said Moeen Ali should take it as a "positive" that he was booed by large sections of the crowd during England's three-run Twenty20 win over India at Birmingham's Edgbaston ground on Sunday. (Ravi Shastri proud of Team India, backs Duncan Fletcher)

Ali's father, Munir Ali, is convinced his Birmingham-born son was targeted because of his Muslim faith and Pakistani heritage, with police treating it as a "non-crime hate-related incident" after a complaint from a spectator. (Sunil Gavaskar unhappy with India despite ODI series win)

But Angus Porter, the chief executive of England's Professional Cricketers Association, said Tuesday he hoped there was no fall-out from Munir Ali's comments. (Too late to sack Cook as ODI skipper, says Ashley Giles)

"His dad offered his view sincerely and I hope it doesn't stoke the fire because he was just standing up for his boy," Porter said. (England booed in England, MS Dhoni remains mum)

"There is an element of taking it as a compliment. You are more likely to boo someone when you think they are someone to be feared.

"Take it as as a positive, you'd rather be booed than ignored."

Porter added he would be surprised if abuse had come Ali's way from India fans.

"It shouldn't happen but I have always found the Indians to be respectful and it is a little bit surprising in that respect," he said.

Some players become 'hate figures' with crowds because of incidents involving their opponents, such as the dust-up between England's James Anderson and India's Ravindra Jadeja in the Test series that preceded the limited overs matches between the two countries.

As a result, both players were jeered throughout India's tour by spectators.

But there appeared to be no such 'trigger' for the booing of Birmingham-born Ali.

"Supporters pay their money and they are entitled to express an opinion, but I don't think it's exclusively about Moeen," Porter said.

"You see other players get booed. Jimmy Anderson gets booed when he goes to Yorkshire and it's disappointing when players are performing as entertainers and doing their best.

"It would be great if spectators saw the positives."

Police are unable to take further action without a complaint from off-spinning all-rounder Ali who does not want to pursue the issue after taking one for 31 and being out for a duck in Sunday's match.

"We are very disappointed with what happened. It should have been a special day," Munir Ali told the ESPNcricinfo website.

"Moeen was playing for his country in the city of his birth. It is the city I was born in and the city my mother was born in. The whole family was looking forward to it and we thought he would receive a warm welcome.

"Instead he was abused from the start. He was abused because he is a Muslim and because of his Pakistan heritage. That is disgraceful.

"We have experienced so much kindness and goodwill from all communities -- Indian, British and Pakistani -- in recent months, so it is disappointing that some supporters let their team down with this behaviour.

"There is still a problem with racism between Asian communities in the UK."

Comments
Topics mentioned in this article
England Cricket Team Eng vs Ind, 2014 India Cricket Team Cricket
Get the latest updates on Fifa Worldcup 2022 and check out  Fifa World Cup Schedule, Stats and Live Cricket Score. Like us on Facebook or follow us on Twitter for more sports updates. You can also download the NDTV Cricket app for Android or iOS.