India's tour of England saw honours shared as the visitors lost the Tests but won the ODIs. 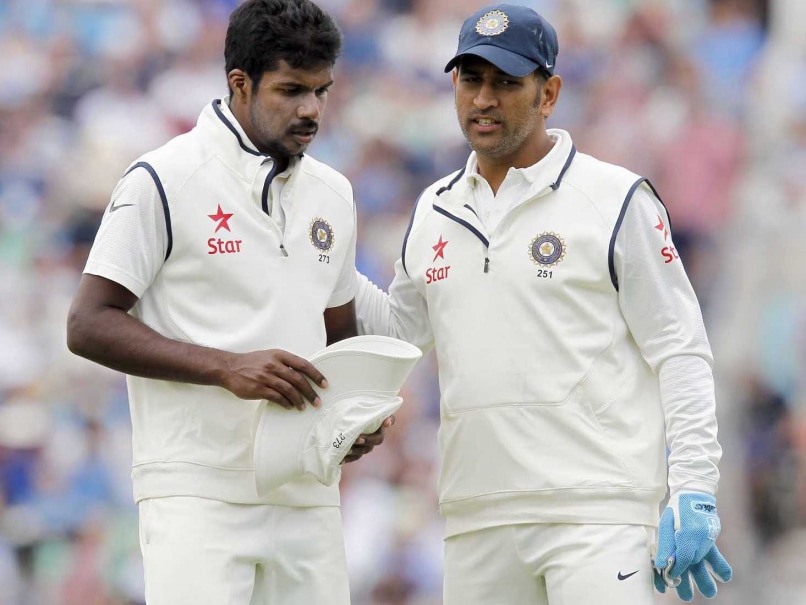 MS Dhoni's decisions and tactics came in for heavy criticism as India lost the five-match series 3-1 to England.

India's 77-day-long tour of England came to an end on Sunday, with a closely-contested one-off T20 going the hosts' way. Of the 11 matches on tour, Mahendra Singh Dhoni & Co. won 4 to claim the ODI series (3-1) while they lost five when they conceded the Test series (3-1) and drew one match. Here are some of the takeaways from the tour:

With the likes of Rahul Dravid and VVS Laxman having retired, India's slip fielding was completely exposed. After the third Test it was revealed that India had tried as many as five different first slips in the last 19 Tests, which means the cordon has been rejigged at least five times since Laxman and Dravid retired. (Learn From England Experience: Dhoni)

One of India's biggest concerns during their 3-1 capitulation in the Test series was their poor slip fielding. For a team that once had the likes of VVS Laxman and Rahul Dravid man the slip cordon to the best of their abilities, the likes of Shikhar Dhawan and Ravindra Jadeja did a shoddy job in their place.

In the ODIs though, Man of the Series Suresh Raina inspired India in the field. From lethargic and tentative in whites, the Indians seemed to have had an extra spring in their steps while playing in the limited-overs series.

The embarrassing Test series loss left the BCCI red-faced. A knee jerk reaction saw them bring in new faces in the support staff. Former Indian captain Ravi Shastri was appointed team director, seemingly becoming the head of the family. There was some confusion over who was calling the shots, with Dhoni claiming that Duncan Fletcher was still the boss. Shastri's inclusion turned out to have a positive effect on a squad whose morale had been crushed by the Test defeats. At the end of the series, Raina, Dhawan and Rahane credited Shastri for the turnaround and Shastri claimed Fletcher was tremendous and a 'fatherly figure' to the young side. (Kohli's Bad Form Continues)

India displayed uncanny inconsistency in their batting across the two formats of the game. Former India skipper and NDTV expert Sunil Gavaskar summed up saying, "It is very simple. It is the colour of the ball that has made all the difference. The red ball moved around a lot when compared to the white ball."

The Indian line-up seemed devoid of patience and endurance that was required of them in white flannels. While they threw away wickets and failed to judge the ball that moved both ways in Tests, they seemed far more comfortable in the ODIs.

The highly-anticipated duo of Virat Kohli and Cheteshwar Pujara repeatedly failed in the Test series. They came into the series with a lot of hopes and expectations resting on their broad shoulders. They, however, did not live up to those expectations. Kohli finished with a miserable average of 14 while Pujara averaged 22.

Are India Still in Transition?

The Indian team has changed colours depending on the format of the game on the tour of England. The most important take away from this 77-day long tour has to be the fact that Mahendra Singh Dhoni & Co. need to put a lot more focus on Test cricket to taste victories consistently in hostile conditions. The loss in England was India's fifth straight overseas Test series loss. Dhoni said he wanted his side to take this as a learning curve. It is worth wondering if this side is still far from replacing their fab four of Tendulkar, Dravid, Ganguly and Laxman. Whether the likes of Kohli and Pujara have it in them to play long, mature innings against all odds. A trip to Australia in November-December this year will prove to be a good time for them to prove that they've gone far beyond the 'transition period.' (India's Defeat Not Well Received at Home)

Comments
Topics mentioned in this article
India Cricket Team England Cricket Team Eng vs Ind, 2014 Cricket
Get the latest updates on IPL Auction 2023 and check out  IPL 2023 and Live Cricket Score. Like us on Facebook or follow us on Twitter for more sports updates. You can also download the NDTV Cricket app for Android or iOS.