Team India continues to struggle abroad because their young stars have failed to adapt to different conditions and their problem was psychological, said former England captain Geoffrey Boycott. 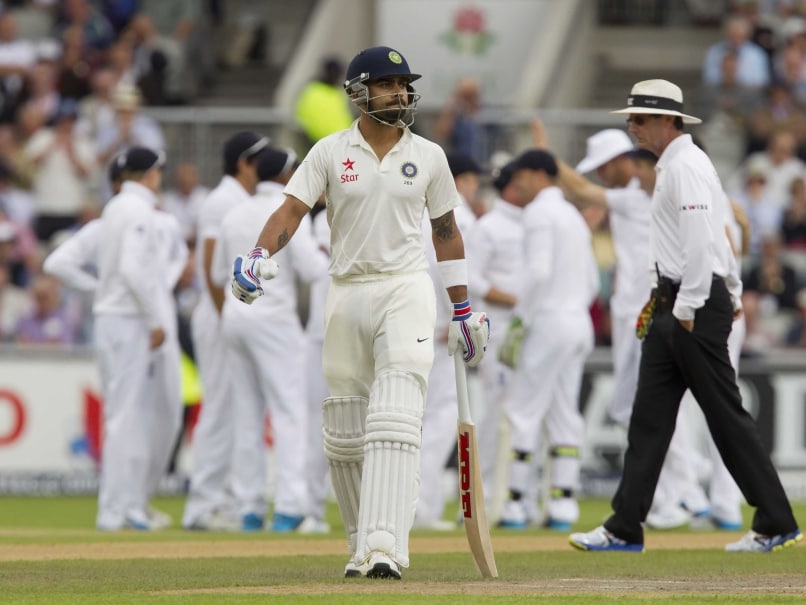 Former England captain Geoffrey Boycott feels Virat Kohli continues to remain a marvelous talent despite his massive failure on India's tour of England and urged the star batman to work on his technique, which was exposed by Alastair Cook's bowlers, none more than James Anderson.

Kohli, who has six Test hundreds to his credit, managed a paltry 120 runs from the five Tests in England and failed to score a half-century in the four ODIs that followed, before reproducing his old touch with a swashbuckling 66 in the one-off Twenty20 International, albeit in a lost cause.

Boycott said Kohli must now work on his technique to continue serving India in the years to come.

"The big factor (for India's failure in the Test series) was Kohli. He has to work on his technique. He is a marvellous talent, a wonderful star of India but his technique was poor here in the Test matches. Jimmy Anderson ate him for breakfast," Boycott wrote forgocricket.com.

"Every time Kohli came in, all he did was bowl at off stump, around the corridor of uncertainty and Kohli nicked it. He is playing with his bat too far away from his pad. He has to look at video replays of his technique and get back to basics."

Boycott, a supremely solid player technically in his days, said like Kohli the other India players also struggled in trying conditions in England, because they failed to adapt to different pitches. The great players of the past, Boycott said, had all been successful throughout their careers because they were able to bring about changes to their games in different countries.

"People like Ajinkya Rahane, Cheteshwar Pujara, and Virat Kohli are top players and they're not adapting. It's just psychological; it's in the head, nothing else. Half the battle is between the ears, you know. You can work on your technique with the coaches and develop it but when it comes to the big time, half the battle is won in the head, and the Indian players are just not doing that.

"Sunny Gavaskar played just as well abroad as he did at home, so did Sachin Tendulkar. And Pujara, Rahane and Kohli are all very good players, technically correct. You can't tell me they're not good. They are just not using the brain. They've all got the talent, they've just got to learn to adapt!" Boycott wrote.

Some of the India players will be busy with the Champions League Twenty20 before playing hosts to the West Indies for a Test and ODI series. They then travel to Australia for what is bound to be another tough international assignment, which will precede the World Cup, starting on Februsry 14, 2015.

How and when Kohli, Pujara and Shikhar Dhawan work on their weakness remains to be seen but Boycott has hit the nail on the head, not for the first time in a long and distinguished career as a commentator and analyst.

Comments
Topics mentioned in this article
India Cricket Team England Cricket Team Eng vs Ind, 2014 Virat Kohli Cheteshwar Pujara Ajinkya Rahane Geoffrey Boycott Cricket
Get the latest updates on IPL Auction 2023 and check out  IPL 2023 and Live Cricket Score. Like us on Facebook or follow us on Twitter for more sports updates. You can also download the NDTV Cricket app for Android or iOS.