The first Test between India and England starts in Nottingham on July 9. The five-Test series will end on August 19 with The Oval hosting the fifth and final game. 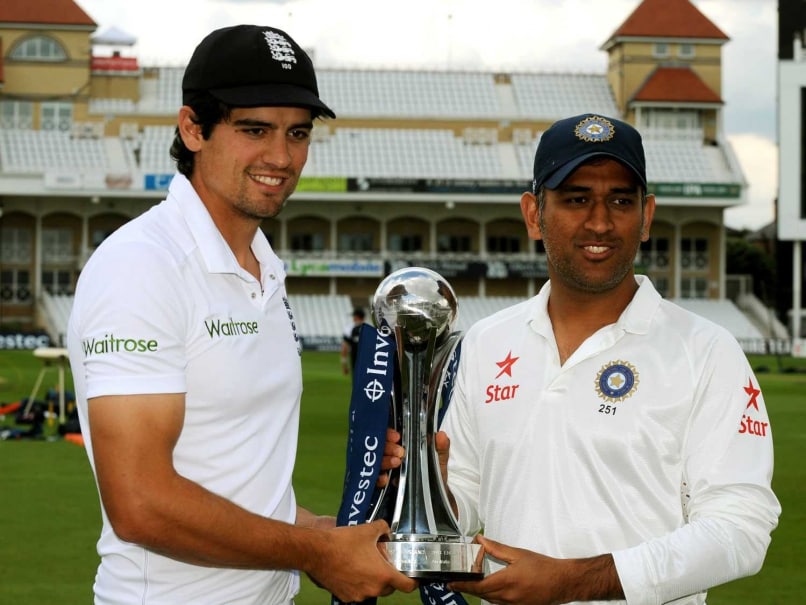 The upcoming Test series will be the first five-Test series between England and India in England since 1959.© AP

England and India have played 107 Tests out of which 47 ended in draws. The series needs three more Tests for 50 drawn Tests. Then England-India series will then become the fourth series in the annals of Test cricket to have 50-plus drawn games. Others are -- Australia-England (93); England-South Africa (54) and England-West Indies (54). (Also read: Fletcher Wants Dravid to Rebuild Team India)

Under pressure for his poor form with the bat, England captain Alastair Cook has an aggregate of 1437 runs against India prior to the start of this series. He needs 63 runs for his 1500. If he gets then, he would become the third England batsman to total 1500-plus runs against India. Others are - Graham Gooch (1725) and Kevin Pietersen (1581).

Cook and Gooch have scored three hundreds while leading England against India. One more hundred to Cook would give him a record of scoring most hundreds by an England captain against India. With four hundreds to his credit, Cook will earn the distinction of becoming the first captain to score four hundreds in England-India Test series. Mohammed Azharuddin has also scored three hundreds against England while leading India. (Read: Pietersen Says England Will Struggle vs India Without Swann)

Two more hundreds in the ensuing series to Cook would give him seven hundreds against India and with it he would share the series record of most hundreds with Rahul Dravid and Sachin Tendulkar. Dravid and Tendulkar have scored seven hundreds each against England.

On the bowling front, James Anderson has an aggregate of 57 wickets against India prior to the start of this series. Three more wickets would give him 60 wickets and he would become the third England bowler to capture 60-plus wickets against India. Others are Bob Willis (62) and Derek Underwood (62). (England a Venue Where I Want to Excel, Says Kohli)

Six more wickets in the ensuing Test series will give Anderson 63 wickets and with it the record of capturing most wickets by an England bowler against India. He would go past Willis and Underwood.

Indian skipper Mahendra Singh Dhoni requires five more dismissals to establish a new series record for most dismissals by a wicket-keeper in England-India Test series. The present record is with Alan Knott, who has effected 54 dismissals. Dhoni has effected 50 dismissals prior to the start of the series. (Watch: India to Avenge 4-0 Drubbing vs England)

Dhoni requires four more catches to take his aggregate of catches to 50 against England. He would then become the first keeper in the series to pouch 50 catches and also hold the record of most number of catches by a keeper in England-India Test series. He would go past Knott, who has pouched 49 catches.

Comments
Topics mentioned in this article
MS Dhoni Alastair Cook James Anderson England Cricket Team India Cricket Team Eng vs Ind, 2014 Cricket
Get the latest updates on ICC Women's Cricket World Cup 2022 and IPL 2022, check out the Schedule , Live Score and IPL Points Table. Like us on Facebook or follow us on Twitter for more sports updates. You can also download the NDTV Cricket app for Android or iOS.