Yuzvendra Chahal took to Instagram to thank Shikhar Dhawan for being a good host to him and his wife Dhanashree Verma. He posted an adorable photo, which was well-received by fans. 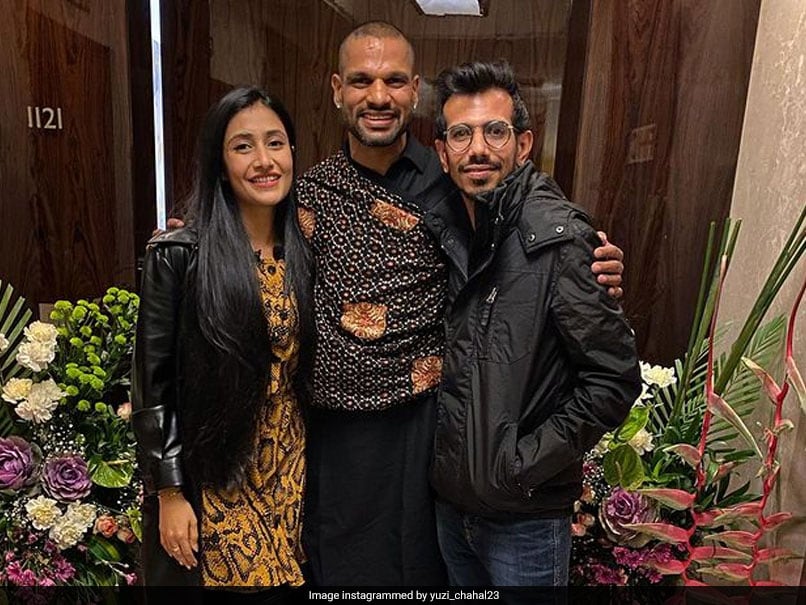 Enjoying married life, Yuzvendra Chahal took to social media to thank India teammate Shikhar Dhawan for being a good host to him and his wife. Chahal recently tied the knot with Dhanashree Verma in December, last year. After the marriage, even former India captain MS Dhoni hosted the newly-wed couple for dinner in Dubai. His social media handles have been decorated with romantic pictures since his wedding. Taking to Instagram, Chahal posted a photo with his wife and Dhawan. He captioned it as, "Best host Great dost".

Fans responded to Chahal's photo well, and showered love towards the trio.

Chahal got engaged to Dhanashree in August, last year. She also travelled with him to the United Arab Emirates (UAE) for Indian Premier League 2020 (IPL 2020). He tied the knot with her after India's ODI and T20I fixtures against Australia.

The visitors lost the ODI series, but won the T20I matches. Chahal put in an excellent performance during the first T20I against Australia on December 4, 2020. He came on as a concussion substitute for Ravindra Jadeja and put in a good display to help India win the match. He was also named Man of the Match.

India are up against England in an upcoming four-match Test series. The BCCI has announced the squad for the first two Tests and Chahal hasn't been included in it. The first Test match begins from February 5, and will be held in Chennai.

Shikhar Dhawan Cricket India vs England 2020-21 Australia vs India 2020-21
Get the latest updates on ICC T20 Worldcup 2022, check out the Schedule and Live Score. Like us on Facebook or follow us on Twitter for more sports updates. You can also download the NDTV Cricket app for Android or iOS.