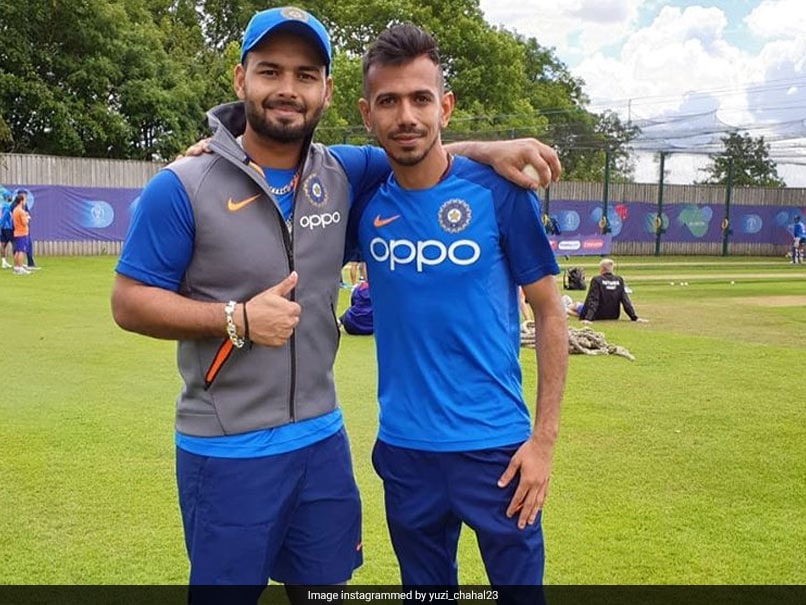 Yuzvendra Chahal posted a video of Rishabh Pant having a boxing session with Nick Webb.© Instagram

Yuzvendra Chahal, India leg-spinner, took to Instagram to share a throwback video featuring wicketkeeper-batsman Rishabh Pant and Team India's strength and conditioning coach Nick Webb. In the video, Rishabh Pant can be seen having a boxing session with Nick Webb while Yuzvendra Chahal amusingly copies the wicketkeeper-batsman's actions from behind. "Pant bhaiya kyon thaq rahe ho #mytraining," Chahal captioned the video with multiple laughing emojis. The leg-spinner's hilarious caption not only caught the attention of his fans but also left Rishabh Pant in splits, who posted laughing emojis in the comments section.

"Oohho yuzi u are such a nice entertainer," a fan said.

"Why are you so funny @yuzi_chahal23," another one joined in.

Chahal, who plays for the Royal Challengers Bangalore in the Indian Premier League (IPL), has been one of the most active cricket stars on social media during the forced break from cricket due to the ongoing coronavirus pandemic.

The 29-year-old leg-spinner often shares throwback pictures and videos to keep his fans entertained during these testing times.

Chahal, in his last One-day International series, was the pick of the bowlers, taking six wickets in two games in New Zealand.

The leg-spinner was looking forward to the 13th edition of the IPLbut the franchise-based league, scheduled to begin on March 29, was postponed indefinitely by the Board of Control for Cricket in India (BCCI) as a safety measure to stop the spread of the deadly virus.